By definition, rare events should seldom occur [and] applying that 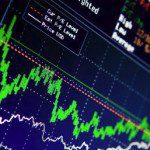 understanding to financial markets assumes that all market events follow a normal distribution or, in layman’s terms, a bell-shaped curve. More  specifically, the statistics say that 99.7% of all daily movements should fall within three standard deviations of the mean, no more. Well, guess  what? New research suggests that they clearly don’t follow such a pattern – that “unlikely” doesn’t mean “never”. [Let me expand on that.] Words: 1079; Charts: 1

So writes Lou Basenese (www.wallstreetdaily.com) in edited excerpts from his original article* entitled When Rare Events Aren’t All That Rare.

Deutsche  Bank recently measured the occurrence of rare events – defined as daily  movements of three standard deviations or more from the mean – for various  markets…[and] as you can see below, the proportion of three standard deviation movements hardly ranks as  rare. In some instances, [such as during] the financial collapse in 2008, it happens over 25% of the time.

[The] long [and the] short [of it is that], outliers happen – [and] way too frequently – so, clearly, financial  markets don’t follow a normal distribution.

Or if you prefer a more eloquent explanation, here’s how Deutsche Bank puts it:

“When thinking about the year  ahead, it is tempting to extrapolate the recent past whether looking at risks or one’s base case. Moreover, there is a tendency not to deviate too far from consensus, perhaps seeing safety in being part of the herd. From a statistical perspective, this is very similar to assuming markets follow a normal or Gaussian distribution, that is [that] markets are well behaved and extreme outcomes are rare. The financial crisis of 2008 taught us otherwise, yet it is very  difficult to shrug off the bias to assume normality in markets.”

[Conclusion:] Either way, the implications couldn’t be more straightforward. We should prepare for outliers.

Such advice is particularly timely considering that we’re still in the middle of the season when pundits dole out predictions like breath mints and, as such, we should  be seeking out the wildest and boldest predictions [we can think of] because they could actually  happen and, in turn, we could score some serious contrarian profits.

Discarding  the obvious in favor of the outrageous is easier said than done, of course, [because] we  naturally gravitate toward predictions that jive with our own personal  convictions. Psychologically speaking, it’s called “confirmatory bias.” We seek  out information congruent with our own beliefs with much more fervor than  contradictory data.

Based on what we’ve learned so far, [however,] it is imperative to think outside the box if we want to identify new profit opportunities before anyone else. so below I present my 6 Outrageous Predictions for 2013. (Some are mine, and some came from elsewhere.)

I know that’s  crazy talk but I’m no longer the only one guilty of it. So is Blackstone Advisory Partners’ Vice Chairman, Byron Wien. In his  annual “Surprises” list [Read: Byron Wien: 10 Events That Will Likely “Surprise” Us In 2013], he pegged the Nikkei 225 trading “above 12,000 as  exports improve and investors return to the stocks of the world’s third-largest  economy” as a possibility. Go long Japanese stocks, but beware of a falling yen sapping your profits.

It hasn’t happened since April 29, 2009 but it’s hard to curb spending  when you don’t know how much you’re allowed to spend. (Just saying.) From an  investment perspective, such an occurrence could help ward off a sovereign debt downgrade and help Treasury prices continue to defy gravity.

Bull markets aren’t supposed to last this long, until they do. [Read: Gold Stocks Go Up Dramatically In Inauguration Years – Will Another +20% Increase Occur This Year? and 5 Sound Reasons Investors Would Be Better Off On the Sidelines Than In the Market] I selfishly hope that  nobody buys into this one, because it’ll serve as a  strong contrarian indicator that the bull market will, indeed, charge higher and that means more profits for the few, the proud, the bulls.

#4: Ben Bernanke gets tired of  buying bonds and opts for stocks instead

All the credit goes to…Deutsche Bank for this one. As they said, “With the U.S. housing sector apparently turning the corner, stronger equities may be the necessary tonic to  further increase household wealth, and also to boost investment… While the  Fed does have restrictions on what assets it can buy, it can invoke Section  13(3) of the Federal Reserve Act that allows more extreme actions in ‘unusual  and exigent circumstances.'” Who knew such a monetary policy  measure was even legal? I’m suddenly getting more bullish about stocks. As the  saying goes, we never want to fight the Fed.

#5: Inflation returns with a vengeance

The Nostradamuses over at Morgan Stanley say, “Inflation could be triggered by a combination of another drought which limits agricultural production, stronger-than-expected recoveries from [the]  world’s economic powerhouses (China and the U.S.), and ballooning central bank balance sheets.” That actually doesn’t  sound so outrageous, now does it? Hurry up and stuff your portfolio with gold,  silver, timberland, real  estate and, yes, stocks (they’re the most unloved, but best inflation hedge, of  the bunch).

#6: Greece discovers gas reserves worth more than all of the debt it owes

I  know what you’re thinking. There’s also a bottomless pot of gold at the end of  a rainbow in Ireland, right? This prediction from Deutsche  Bank might not be so far-fetched, though. As they note, “Greece has  sizeable undersea terrain in the Mediterranean, and several Mediterranean  countries have already discovered and are exploiting undersea natural resources.” (If you’ve got moxie, you can prove it by pushing a  few chips in on the Global X FTSE Greece  20(GREK). It’s in full-on rally mode – up 60% over the last  six months. So it’s not really that outrageous of a bet. It’s a momentum play.)

Bonus Prediction: Lindsay Lohan avoids any run-ins with the police

This is one prediction I won’t even consider betting a single dollar  on. I may be a dyed-in-the-wool contrarian but I’m not a sucker. However, if  you’ve got a friend willing to bet that she avoids the law in 2013, bet the  house – and make him pay up!

Just because something is unlikely, doesn’t mean it won’t happen, especially in the financial markets, so be a contrarian and bet on the unexpected happening much more frequently than everyone else. You’ll have a bigger net worth to show for your courage. Just  ask John Templeton: “It is impossible to produce superior performance unless  you do something that is different from the majority” – and he  practiced what he preached.

Ahead of the tape,

For the 28th year running I have given my views on a number of economic, financial market and political surprises for the coming year….defined as events which the average investor would only assign a 30% chance of taking place but which I believe are “probable”, having a better than 50% likelihood of happening. [Below is my list of 10 surprises for 2013, complete with my rationale for each.] Words: 1037

2. Gold Stocks Go Up Dramatically In Inauguration Years – Will Another +20% Increase Occur This Year?

3. 5 Sound Reasons Investors Would Be Better Off On the Sidelines Than In the Market

7. These 6 Charts Illustrate That Hyperinflationary Pressure in America Is Growing

The six charts I provide in this article illustrate why the hyperinflationary pressure in America is growing. This is not necessarily a forecast for hyperinflation – this is simply a demonstration that some of the precursors to a hyperinflationary cliff are building. (Words: 1001; Charts: 7)

8. Inflation: What Do the Non-CPI Inflation Gauges Say It Is?

Whenever the BLS posts their monthly CPI there’s always the same response from critics that the index is flawed. That’s fine. I think a healthy dose of skepticism regarding government data is perfectly good. So let’s take a look at some independent gauges to see where prices are.

9. Once Inflation Starts There Will Be NO Stopping It!

Share
Previous The Growth In Money Supply Says Gold Is Going To Go Ballistic
Next Official Gold Holdings By Country – Where Does Your Country Rank? (3K Views)