On the surface things may appear to be calm, but I don’t think the European crisis is 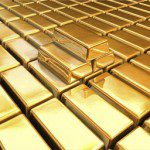 anywhere near its conclusion. Losses still have to be taken from Ireland, Spain, Portugal and possibly even Italy…There are a number of ways out of Europe’s problems. One of them is higher inflation…[which] is going to be very positive for gold… because the central banks will be under pressure to print.

So says Caesar Bryan in edited excerpts from a King World News interview, as provided by Lorimer wilson, editor of www.munKNEE.com (Your Key to Making Money!). This paragraph must be included in its entirety in any re-posting to avoid copyright infringement.

Home Delivery Available! If you enjoy this site and would like to have every article posted on www.munKNEE.com (approx. 3 per day of the most informative articles available) sent automatically to you then go HERE and and join “the mun-KNEE-club” to receive Your Daily Intelligence Report. We provide an easy “unsubscribe” feature should you decide to opt out at any time.

Bryan’s interview can be read in its entirety here.

1. An Inflation Inferno is Expected – but When?

2. Why More QE is Coming and What That Means for the Future Price of Gold

Most traders and some economists believe the Fed will step in with another round of Quantitative Easing (QE3) in the first half of 2012. This will pump up the stock market, particularly bank stocks, giving the impression that the US economy can’t be that bad, after all, [but in the process] debase the dollar and reduce purchasing power. [This, in turn, will result in higher]…inflation causing prudent investors to buy more gold. [Let me explain further what I see transpiring this quarter and why.] Words: 718

5. Buy Gold NOW Ahead of Further QE – Here’s Why

Share
Previous How Smart Are You At Keeping Your Smartphone Safe from Identity Fraud?
Next Read Today's "Your Daily Intelligence Report" from munKNEE.com – Your Key to Making Money