The United States Mint has taken the demand for more mass production silver bullion coins seriously of late expanding their offering to a planned total of 57 new coins by 2021 with the introduction of their America the Beautiful Bullion Coin Series . Canada’s Royal Canadian Mint has followed suit expanding its offering of mass production silver bullion coins to 8 by 2013 with the launch of their Canadian Wildlife Silver Bullion Coin Series Program. Below are the details. Words: 958

(It’s all about Money!). Please note that this paragraph must be included in any article reposting with a link to the article* source below to avoid copyright infringement. Wilson goes on to say: 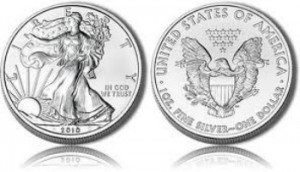 The America’s Beautiful National Parks Quarter Dollar Coin Act of 2008 — Public Law 110-456 — authorizes the production of 5 five-ounce, investment grade silver bullion coins every year through 2021  (56 in total) replicating  each of the designs featured on the US Mint’s America the Beautiful Quarters (see designs below). These designs, as such, will feature reverse designs depicting national parks and other national sites in each state plus other national sites and territories in the District of Columbia and the five U.S. territories of Puerto Rico, Guam, American Samoa, U.S. Virgin Islands and Northern Mariana Islands and the edge of the coin will be incused with lettering stating the bullion coins’ Fineness “.999 FINE SILVER” and Weight “5.0 OUNCE.” 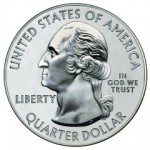 The America the Beautiful Silver bullion coins will be issued in the order in which the honored site was first established as a national site as follows:

The Canadian Silver Maple Leaf bullion coin has been minted by the Royal Canadian Mint annually since 1988. The coin has the highest face value $5 and purity .9999 of all official government silver bullion coins. There are three different versions of Queen Elizabeth on the observe of the Silver Maple Leaf. The design on the left, below, was from 1988-1989, the design in the middle was from 1990-2 and the 2004-present design is to the right. 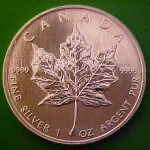 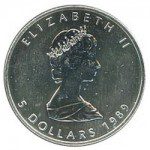 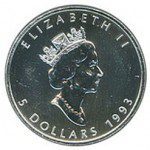 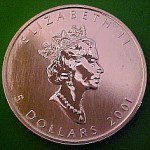 In 2006 the mint issued a half ounce Silver Timber Wolf  which was an outstanding success.

Given the outstanding popularity of the Silver Timber Wolf coin the Royal Canadian Mint has introduced a 6-coin series known as the Canadian Wildlife Silver Bullion Coin Series Program in which a  new coin will be released every 6 months.

Source: For access to the source of the above graphics and other free gold and silver coin information visit  http://www.free-bullion-investment-guide.com/

Share
Previous Batten Down the Hatches: A Hurricane of Debt, Deficit and Demographics is Coming!
Next Any Way You Look At It the S&P 500 is Overvalued In Excess of 40%!