Move Over China: Competition From Mexico is Growing Rapidly – Here's Why

Lorimer Wilson August 16, 2012 Comments Off on Move Over China: Competition From Mexico is Growing Rapidly – Here's Why 2,456 Views 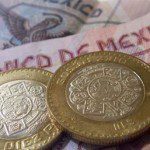 So says Economics Fanatic (http://www.economicsfanatic.com/) in edited excerpts from the article as posted on Seeking Alpha.

Efficiency related to manufacturing is a critical factor when yuan appreciation has led to rising cost of imports from China. The import price index for China has trended higher in the last three years, while the index for manufactured imports from Mexico has declined during the same period. 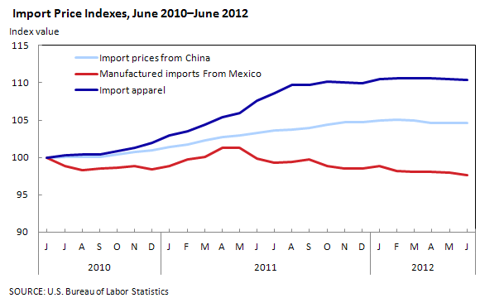 Mexico stands to benefit from the cost advantage over China…The chart on wages in China and Mexico also points to gradually increasing wages in China. 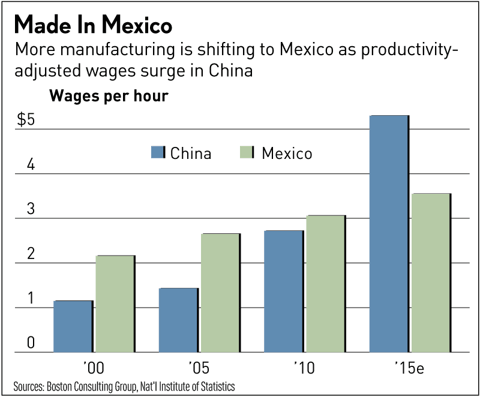 [Given the above,] it is not surprising to see U.S. companies investing heavily in Mexico. U.S. companies have invested USD145 billion in Mexico since the year 2000….In fact 50% of the foreign direct investment (FDI) in Mexico (2000-2011) comes from the United States. 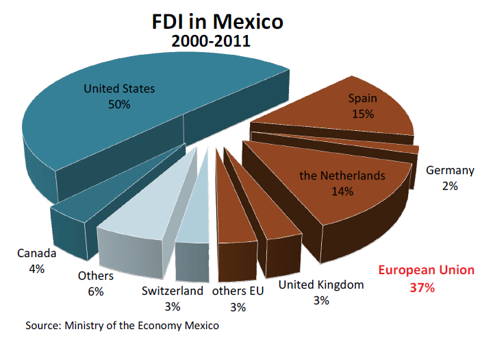 Besides the competitive wage advantage, geographical proximity brings down logistics cost significantly when compared to imports from China.

The benefits of trade within NAFTA (North American Free Trade Agreement) should also not be ignored.

The evidence of a growing competitiveness and higher exports comes from total reserves (excluding gold) for Mexico. Reserves have swelled to USD156 billion as of June 2012. 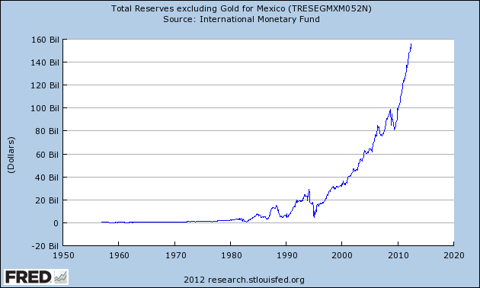 With a low debt to GDP ratio of 27% and an increasing reserve, there is ample headroom for infrastructure development. This, in turn, will attract more foreign investments.

Rich in Oil and Gas

It is also important to note that Mexico is an oil rich country. In 2012, Mexico and United States reached an agreement on regulating oil and gas development along their maritime border in the Gulf of Mexico. This development will open up more than a million acres of deepwater drilling according to the New York Times report. This is beneficial for both partners in the long-term…


1. iShares MSCI Mexico Investible Market Index Fund (EWW) – The ETF seeks to replicate, net of expenses, the MSCI Mexico Investable Market index. The index consists of stocks traded primarily on the Mexican Stock Exchange. The largest holdings of the ETF are in the consumer staples, telecommunications and materials industry. The top holding of the fund is America Movil S.A.B. de C.V. (AMX). The expense ratio for the ETF is 0.52%.

One of the risk factors for the fund is its high beta of 1.62 when compared with the S&P 500 index. Therefore, the fund might be subject to a high degree of volatility. The volatility factor might not be very important for investors considering long-term exposure to the ETF. Over the long-term, the fund will trend higher with improving economic fundamentals in Mexico.

2. Grupo Simec S.A.B. de C.V. (SIM) – The company is engaged in manufacturing, processing, and distribution of special bar quality (SBQ) steel and structural products primarily in the United States, Mexico, and Canada. SIM’s structural steel products are mainly used in non-residential construction market and other construction applications. From that perspective, the impact on growth due to a weak housing market is minimized. At the same time, the risk related to being in a cyclical industry cannot be completely ignored.

SIM currently trades at an attractive PE (TTM) of 6.18 and can give reasonable returns in the long-term. Investors can consider some exposure to the stock in their long-term equity portfolio.

Mexico…is one of the most attractive investment destinations in the world for the U.S. given its good relations with the United States, geographic proximity, increasing competitiveness of its manufactured products vis-a-vis those from China, low government debt, fairly low inflation and robust foreign direct investment. [Move over China!]

*http://seekingalpha.com/article/812991-mexico-to-benefit-from-u-s-china-tensions-and-rising-wages-in-china (To access the above article please copy the URL and paste it into your browser.)

1. Telling It Like It Is: Latest PMIs Reveal Truth About the Global Economy

The second half of the year has begun, and…one of the best leading indicators that can shed light on the health of the economy is the purchasing managers index (PMI). The latest local readings of the manufacturing PMI for countries around the world collectively…give investors a critical insight into the pace of economic growth by month [and they can be found below.] Words: 550

2. The Top 10 Countries to Retire In – For Those on a Budget

Rising costs in the U.S. are driving more people to consider retirement in less expensive locales and the list of potential resting spots is long and varied. International Living compiles annual lists on the best places to hang the retired hat based on things like cost of living, ease of entry, healthcare, insurance and access to amenities, and the Top 10 for 2012 includes some old favorites as well as new picks. [Let’s take a look.] Words: 950

3. Top 10 Places to Live and Retire in Mexico

As an artist who is neither a real estate salesperson nor travel agent pushing an agenda, I feel it’s time to have a real discussion and look at the very best places to retire with real Pro’s and Con’s so the reader can really make an informed decions on where to go that serves their needs, interests and ambitions.

4. Mexican Attitudes Regarding Economy, War on Drugs, Emigration and Life in U.S. Not Surprising

Share
Previous Face the Facts USA! 10 More Facts to Help You Make an Informed Decision in November
Next Why Gold Should Peak in June 2013 & Why 3 Stocks Should Outperform ALL Others!