Is the "Halloween Indicator" a Good Way to Time the Market?

Lorimer Wilson October 21, 2011 Comments Off on Is the "Halloween Indicator" a Good Way to Time the Market? 2,357 Views 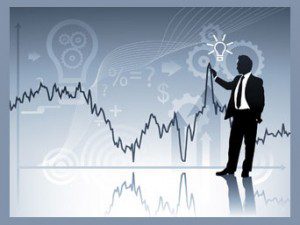 are in fact the best months of the year for investing while the six months from May through October (the “sell in May and go away” strategy), are the worst but is there any validity to what’s sometimes known as “the Halloween indicator?” [Let’s take a look.] Words: 460

So asks John Nyaradi (www.WallStreetSectorSelector.com)  in edited excerpts from an article* which Lorimer Wilson, editor of www.munKNEE.com (Your Key to Making Money!),has further edited ([ ]), abridged (…) and reformatted below for the sake of clarity and brevity to ensure a fast and easy read. The author’s views and conclusions are unaltered and no personal comments have been included to maintain the integrity of the original article. Please note that this paragraph must be included in any article re-posting to avoid copyright infringement.

Nyaradi goes on to say:

The… “Stock Trader’s Almanac” has developed a trading indicator based on the seasonality…[that] the November through April period has generated. Their research has determined that:

On a historical basis, the market generates better rates of return from November through April than from May through October – and the difference is significant. Over the last six decades, if you had invested on May 1st and closed your position at the end of October, you would have lost money. On the other hand, if you had invested only in the “six good months” you would have made money over the same time.

[In fact, while] the S&P 500 and the Dow Jones Industrial Average have generated a negative rate of return since 2000,…had someone invested in only the six “good months” since 2000 they would be sitting on profits instead of long term losses…[and would have also] reduced their market risk and freed up assets to earn interest in low risk money market or Treasury investments. [The above] are significant findings, particularly as we come off a tough September. Recent gains have been near vertical and could be the start of a new seasonal bull market. In place of the panic selling we saw in September, we now are seeing panic buying that has zoomed the market up to significant resistance levels.

On a fundamental level, much of what happens will depend upon Europe. If they can avoid an international “Lehman moment,” this would certainly support the bullish case. On a technical level, markets are at significant resistance levels but still very much within the confines of a bear market. If these levels can be broken and the new uptrend more firmly established then…

the Halloween indicator could [yet again this year] be flashing “buy.”

1. What Stock Market Readings are Saying About the Health of Today’s Market

There is more than enough reason to believe that U.S. stocks are in a bear market regardless of what percentage drop has taken place. [Let’s take a look at stock momentum, various moving averages, volatility and certain technical indicators to see what they have to say in this regard.] Words: 700

Despite the outlook for relatively weak economic growth in the near future, the S&P 500… [should rise dramatically during the next 75 days] based on historical precedent – namely, the “Presidential Cycle.” [Let’s take a look at the specifics.] Words: 405

3. Now’s the Time to be Contrarian and Invest in the Stock Market – Here’s Why

Can markets find the road back to positive territory? [There are] three reasons investors should consider [before deciding whether to] remain in equities or…sit on the sidelines, [namely that:] investor sentiment is signaling the market is over-extended to the downside, stocks are trading well below historical valuation trends and the S&P 500 dividend yields are higher than the 10-year Treasury yield. [Let’s take a look at each of the three to help you come to a decision. Words: 960

Share
Previous How the Wealth of Canadians, Americans, Brits and Aussies Compare
Next To What Extent Would European Recession Adversely Affect Your State's Economy? Take a Look