Lorimer Wilson April 3, 2014 Comments Off on Impending Market Capitulation Phase In Gold & PM Stocks Will Make Millions For Those Who Buy At Bottom (+2K Views) 2,223 Views

Stocks are pulling back in preparation for one final mind-blowing surge to top off this five-year bull market.

Gold, on the other hand, looks like it is setting up for a final bear market capitulation phase where every gold bug finally throws up their hands in disgust and jumps over to the stock market right as it’s putting in a final bubble top. For those…that are sitting in cash, this final capitulation is going to represent one of the greatest buying opportunities of this generation.

[The following article is presented by  Lorimer Wilson, editor of  www.munKNEE.com (Your Key to Making Money!), the FREE Market Intelligence Report newsletter and may have been edited ([ ]), abridged (…) and/or reformatted (some sub-titles and bold/italics emphases) for the sake of clarity and brevity to ensure a fast and easy read. This paragraph must be included in any article re-posting to avoid copyright infringement.]

We’ve had so many calls for a crash over the last year that you just know the bears are salivating right now thinking they are finally going to get their wish. However, I don’t think we can have a crash in the stock market until we complete a true parabolic structure. Notice in the chart below that during the final parabolic move in 2000 the NASDAQ had two back-to-back 10% corrections, one of them unfolding in only three days and completing what looked like at the time a double top. The shorts that jumped in at the bottom of that second 10% correction then got absolutely destroyed over the next six weeks as the tech sector proceeded to rally 34%. 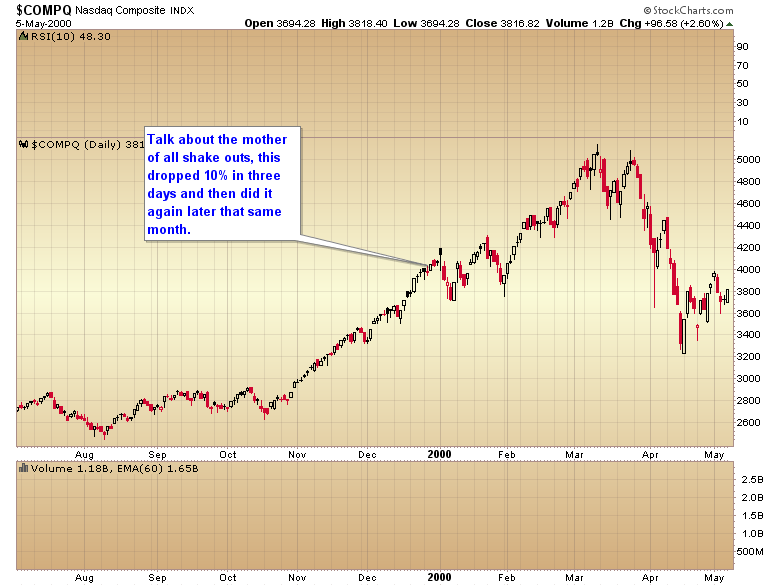 We saw a very similar pattern during oil’s parabolic advance in 2008 – two very convincing 10% corrections followed by a 5 to 6 week surge into a final top. 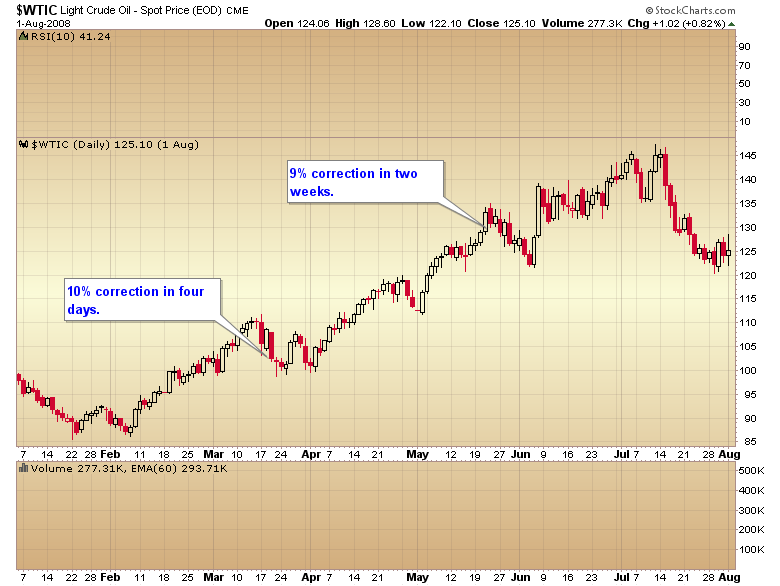 It’s now been a year since gold broke through that $1520 support zone and gold has yet to ignite a new bull market move. 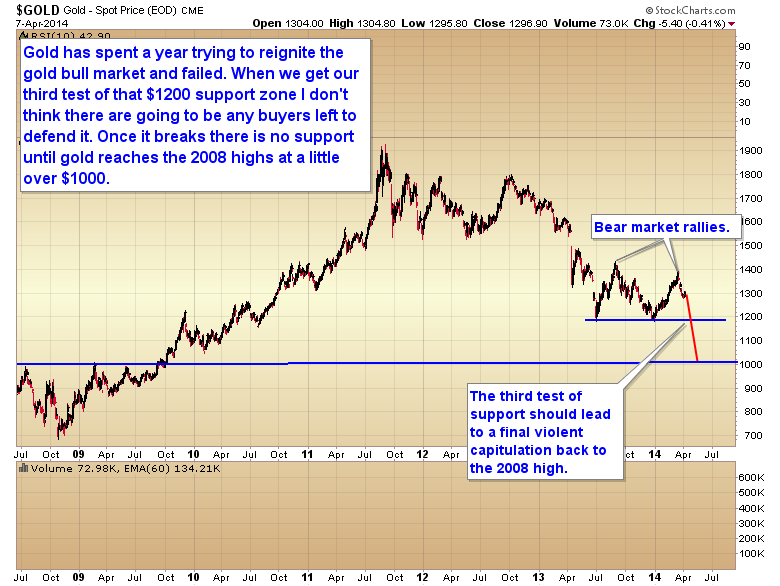 As gut wrenching as it is for me to say this, this final capitulation will probably shave another 30-50% off of the mining stocks and bankrupt many of the juniors. At that point those investors that have available cash will get the third great buying opportunity of this secular bull market. The first two, [in 2001 and 200o, see charts below] delivered amazing gains as they came out of their bear market bottoms. 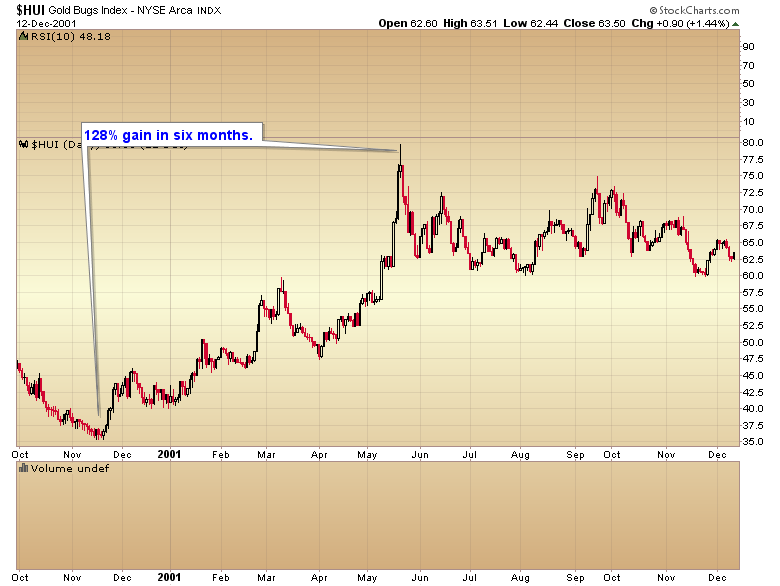 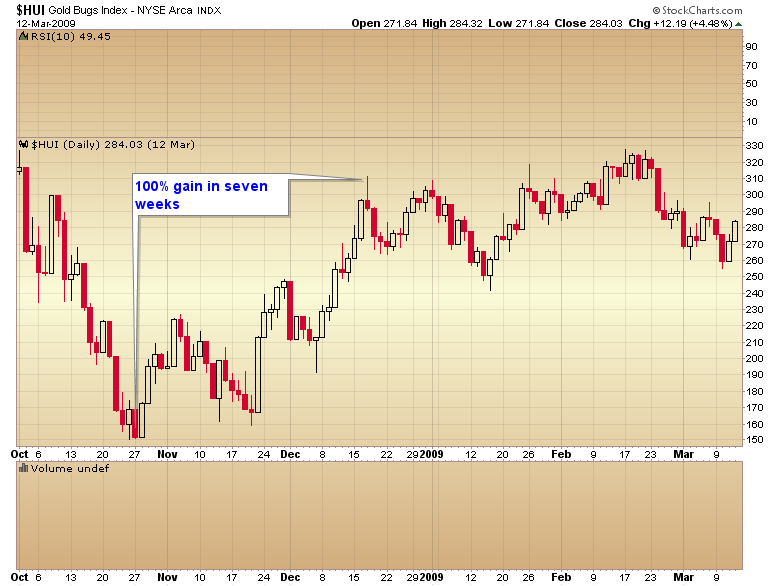 This coming bear market bottom will be no different, and it might be even more intense than the other two as it should kick off the final 2-3 year bubble phase of the secular gold bull.

Remember that bear markets create opportunities and the bigger the bear, the bigger the opportunity…At the bottom in 2009, for example, the stock market bear (the second most damaging in history) generated a five year bull market that has rallied 185% – and I don’t think it’s done yet.
Once the current counter trend rally is finished, and I don’t really expect it to get through resistance at $1320-25, gold should head down into its final bear market bottom.

For those that have the mental fortitude to buy at the impending bottom when it looks like the entire sector is going to collapse forever, this is where millionaires and billionaires will be made.

While I know this is tough to hear, as most of you are gold bugs, I am confident that the banking cartel has a purpose, and that purpose is to set up what will probably be one of the most lucrative long side trades in the metals of this entire secular bull market. Our job right now is to be patient and wait for that yearly cycle low later this summer. I think that low is going to drop at least down to retest $1200, and if the cartel has its way, they will push gold back to $1050 before this is over. Read More »

Over the next couple of months everything should generally rise together but once the dollar puts in an intermediate bottom sometime in March or April, commodities and gold will move down into an intermediate correction as the stock market completes its final blow off top. After the stock market parabola collapses later this summer it will be time to put the pedal to the metal in the commodity markets, and especially the precious metal markets as the Great Inflation begins in earnest. Read More »

We’re invested in gold stocks not just to make money, but for the chance to change our lifestyles and with their lackadaisical [dare I say dismal] year-to-date performance, one may begin to wonder if they’re still going to bring the magic. [Here are my views on the subject.] Words: 740 Read More »

5. If You’re Interested In Gold Stocks This Article is a MUST Read

Historically, junior mining stocks tend to fluctuate between extreme boom and bust cycles and, given that we just completed a major bust cycle, the setup for a major rally in gold stocks is right in front of us. Those with the courage to buy low, and the discipline to sell during a frenzy, could quite possibly realize 10-bagger or even 100-bagger returns that could be worth a million dollars or more. Hold on to your hat! Read More »

6. Gold Stocks: Likelihood of Making Breathtaking Returns Has Never Been Greater! Here’s Why

We all think the price of gold, the metal, is depressed and is about equal to the total cost of production but when one compares the price of precious metals mining companies to the price of gold bullion, their prices are at historical lows. It seems that the mining shares can only go in one direction…up…but when and by how much? This article suggests it presents the greatest opportunity in 30 years. Look at the charts! Absolutely unbelievable. Read More »

8. Here’s How to Choose Gold & Silver Stocks With the GREATEST Chance of Major Returns

Which gold/silver mining companies own quality undeveloped gold and silver deposits in safe stable countries – and are extremely well managed? Such companies offer exceptional value in that they provide the best exposure to a rising precious metals price environment. Below are a number of things to look for when considering an investment in such companies. Read More »

Both the short and intermediate term outlook for gold and silver stocks continues to be very positive. Historical analysis shows that GDX & GDXJ could rebound 100% and over 150% respectively by the end of this year. Both forecasts would be below the average of the one year rebounds following the 2005 and 2008 bottoms. Read More »

10. How Does Current S&P 500 Bull Market Duration & Strength Compare With Other Bull Runs?

Share
Previous Stock Market Will Collapse In May Followed By Major Spike in Gold & Silver Prices! Here’s Why (+7K Views)
Next Is This Just a Dip Within an Ongoing Uptrend OR Have the Bears Finally Awakened? 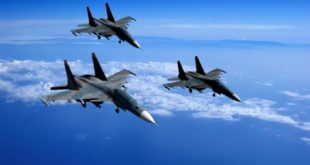 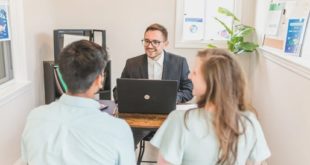