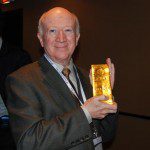 taking the time to read. Hopefully this post will save you time choosing which of the best-of-the-best to read. Below are introductory paragraphs and links to 10 of the “best of the best” articles on gold (and silver) for you to choose from. Each article has been edited for the sake of clarity and brevity to ensure you a fast and easy read. Read just one or read them all. Enjoy!

By Lorimer Wilson, editor of  www.FinancialArticleSummariesToday.com (A site for sore eyes and inquisitive minds) and www.munKNEE.com (Your Key to Making Money!).

1. History of Gold:Silver Ratio Suggests Much Higher Price for Silver in Future – MUCH Higher!

The breakdown after the QE4  announcement, and now the extreme move into a yearly cycle low has, I  daresay, convinced everyone that the gold bull is over. I would argue that it is impossible for the gold bull to be over as long as central  banks around the world continue to debase their currencies [and that] gold is just creating the conditions – a T-1 pattern – necessary for its next leg up to what I expect to be…around $3200 sometime in late 2014 or early 2015. [Let me explain.] Words: 560; Charts: 3

6. Goldrunner: These Fundamental Charts Say “Gold Is Getting Ready to Run!”

The U.S. Dollar is being very aggressively devalued in a parabolic…[manner] as we enter the final stage in the paper currency cycle. The government needs Gold to go vastly higher so the budget can be balanced after all of the paper promise debts are added to the balance sheet. Interestingly, Michael Belkin, arguably one of the best analysts in the world, expects earnings for companies to plunge this year causing the DJIA to crater about 30%.  This fits with the kind of correction in the now high flying DJIA that we have discussed per the late 70’s charts where Gold and the Dow would meet between 10,000 and 12.000. Words: 1022

7. Goldrunner: We’re at the Cusp of a Parabolic Move In Gold & Silver! Here are the Fundamentals & Technical Set Up to That End

When are Gold and Silver going to start a huge parabolic move up?  I, personally, think that we are sitting at the cusp [of such happening] as we speak on an intermediate-term basis….Below are… the fundamentals and technical set-up [to that end].

9. Gold Has a Clear Advantage in Developing Global Currency War – Here’s Why

There is an increasingly disorderly currency war going on out there, and the advantage of gold is clear– they can’t print it, they can’t default on it, and there will always be demand for it. Simply put, in the global currency wars, owning gold is like abandoning the battlefield altogether. Words: 270; Charts; 2

Gold investors often fail to watch the Federal Reserve with enough attention to detail and can miss buying opportunities like the present one, as a result. The case for gold is as strong as ever and I outline in this article why with details you’re unlikely to see anywhere else. Words: 775; Charts: 6

Share
Previous 2013 Will Go Down In History As THE Best Buying Opportunity for Gold & Silver Metals and Stocks – Ever!
Next Gold May Be Richly Valued: Caution is Warranted