GOLD – WHAT TO EXPECT NEXT

Gold’s value is not determined by world events, political turmoil, or industrial demand. The only thing that you need to know in order to understand and appreciate gold for what it is, is to know and understand what is happening to the U.S. dollar. Gold is priced in U.S. dollars and since the U.S. dollar is in a state of perpetual decline, the U.S. dollar price of gold will continue to rise over time.

The U.S. dollar is in a constant state of deterioration, punctuated with periods of temporary strength and stability [and] the dollar price of gold reflects the deterioration by moving higher over time, usually after the fact, [because] gold is not forward-looking. The higher price of gold in dollars is a reflection of the loss in purchasing power that has already occurred. 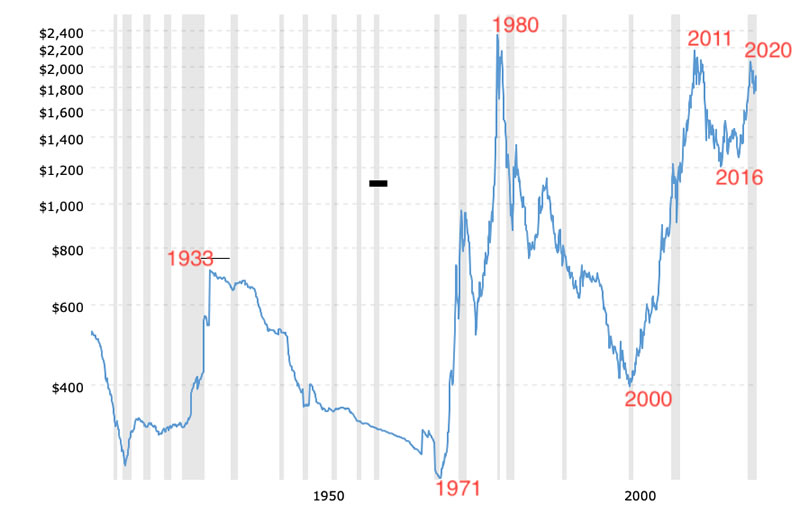 GOLD – WHAT TO EXPECT NEXT

As far as gold is concerned, the only thing that will take its price higher is further lasting deterioration in actual purchasing power of the U.S. dollar.

The above version of the original article by Kelsey Williams was edited for a faster and easier read.

Share
Previous How Does Your Expected Annual Retirement Spending Compare With Other Americans?
Next It’s How Many Oz. of Gold You Should Own Not What % of Your Portfolio It Should Be – Here’s Why (+8K Views)