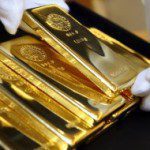 So says David Petch (www.treasurechests.info) in edited excerpts from his original article*.

Lorimer Wilson, editor of www.munKNEE.com (Your Key to Making Money!) has edited ([ ]), abridged (…) and reformatted (some sub-titles and bold/italics emphases) the article below for the sake of clarity and brevity to ensure a fast and easy read. The report’s views and conclusions are unaltered and no personal comments have been included to maintain the integrity of the original article. Please note that this paragraph must be included in any article re-posting to avoid copyright infringement.

Petch goes on to say. in part:

The entire Universe runs on mathematical principles at many levels and under different conditions…As analysis will show today, the US Dollar still has another 3-4 weeks of sideways to upward grinding upward price action. Sideways to slightly negative markets at the end of January will convince most that the year will end lower than this year and that deflation is going to kick in. Everything travels in waves and will continue to follow course until conditions have been satisfied for a reversal to occur.

There are a few interesting points to note:

1) At every time point on the Fibonacci spiral thus far, each subsequent point in time has reached a higher high and on the same note, each gain has been smaller and smaller on a percentage basis than the prior move…

3) Each point of the contacting Fib cycle is more condensed than the former, so ergo, volatility will increase as we continue to reach the point of singularity nearing 2020-2021.

4) The collective human psyche is driving this cycle…all events that occur on an individual basis be it personal success or failure, deaths, births, accidents wars etc. etc. are randomly occurring while the cycle tops are like towns on a road map with a train holding a constant speed between them…the destination will be reached at a particular point in time and what happens to people on the train during the trip does not affect the outcome of reaching the destination. Like anything, this cycle could be stopped by a nuclear war, asteroid hitting the earth or any event as large as those mentioned…cycles can be stopped, but recognition that we are in a large cycle nearing completion is worth taking note over.

The above is an observation, but it is rather interesting that gold is operating on a smaller Contracting Fibonacci Spiral Cycle that is in synch with the larger Contracting Fibonacci Spiral the markets are in. Adding together the sum of parts, the price of gold will move up in price in 2013, 2016, 2018, 2019 and 2020, with each subsequent leg moving less in percentage terms than the prior move. Gold advanced 4 foldish from 1999 until 2008 ($252/ounce to $1046/ounce). This suggests that gold should top out below $4000/ounce over the course of the next year (Personally, the highest I think it can reach is $3074/ounce). The price of gold is likely to top out near $7-10,000/ounce by 2020, but each advance will be lower in percentage terms of the former leg.

I thought I would share this thought with everyone, because the cycles the markets are presently in will be difficult to navigate…Remember that all markets are interwoven and that the principles of Fibonacci are throughout nature. The cycle we have been in since 1932 has dates locked in, with all events randomly occurring.

When late 2012/early 2013 arrives, remember to take money off the table. Everyone will be screaming hyperinflation, when in fact the exact opposite (deflation) will be in place…

9. Don’t Look a Gift Horse in the Mouth – Buy Gold Now With Both Hands! Here’s Why

10. When This Pullback in Gold is Put into Perspective It’s No Big Deal – Here’s Proof

11. Where are We Now in the Bull Market in Gold – and How Many Years/Months are Left?

140 analysts maintain that gold will eventually reach a parabolic peak price of at least $3,000/ozt. before the bubble bursts of which 100 see gold reaching at least $5,000/ozt., 17 predict a parabolic peak price of as much as $10,000 per troy ounce of which 12 are on record as saying gold could go even higher than that. Take a look here at who is projecting what, by when and why. Words: 676

Share
Previous Nick Barisheff: $10,000 Gold is Coming! Here’s Why (+5K Views)
Next Economic System a Legal Ponzi Scheme on the Verge of Collapse!