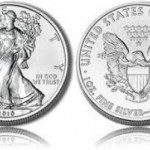 medicines, if you need a knock-off, China has traditionally been the go-to country, with a counterfeiter always willing to oblige. Now, with precious metals prices on the cusp of possibly the biggest price explosion in centuries, fake gold and silver products are becoming a booming industry. Here are some safeguards to protect yourself from getting duped. Words: 1124

So says Mac Slavo (www.SHFT.com) in edited excerpts from his original article*.

Slavo goes on to say, in part:

[According to] Global Piracy & Counterfeiting Consultants:

We have read about one Chinese counterfeiter openly bragging about producing 100,000 fake U.S. Silver Dollars per year, and that’s just one counterfeiter. We fear these Chinese counterfeit gold and silver coins, or bars, could be a multi billion dollar a year business, and we greatly fear many innocent investors could be taken to the cleaners…[Indeed, we] fear is there are probably tens of thousands of investors in the United States who have been duped.

We are telling all investors of gold, or silver coins, and or any type of precious metal bar to only buy from a reputable U.S. dealer, that has an established track record, and a money back guarantee…

Based on our research, some of the Chinese counterfeit coins are of such high quality it is not uncommon for even experts to be deceived…

The world needs to come to grips with the largest counterfeiter in the world, the fact that 10% of China’s GDP is a direct result of counterfeiting. If it’s not knock off pharmaceuticals, that can kill people, it’s high tech smart phones, or electronics. Our new worry is pretty obvious related to Chinese counterfeiters bankrupting innocent precious metal, or coin investors, with what could be their life savings. At what point do consumers in the United States, Europe, Japan, or the rest of the world say no thanks to any more Chinese products, given its uncaring attitude about flooding the global markets with counterfeits, or fakes? Source: GPCC via prweb

Gold and silver remain one of the few alternative investment methods to preserve wealth during crisis scenarios…[such as] inflation or government instability, but taking extra precautions now is absolutely essential to ensuring your wealth is protected when it comes time to sell. Don’t assume that the dealer you are working with is legitimate, and even if they are, it is possible that they themselves have been duped by a counterfeit.

How to Safeguard Yourself from Getting Duped

Those of our readers investing in gold and silver assets, especially if you are committing a large percentage of your net worth, should consider some safeguards.

Counterfeits will always be a concern when you’re dealing with assets worth as much as $2000 an ounce, but you can take steps to protect yourself. Don’t let the fact that counterfeits are out there dissuade you from making a good investment decision. Just do your due diligence and don’t let emotion overcome logic.

If sales for November and December match the levels of 2010, total sales of American Silver Eagle coins for 2011 should… [be] more than 20% above the record breaking sales level of 2010. [Not only that but] with physical demand remaining robust and investors seeking safe-haven investments in the face of the Eurozone debt crisis, I believe we could still see silver break above $50 by year-end or during Q1 of 2012 at the very latest. [Let me explain.] Words: 402

The United States Mint has taken the demand for more mass production silver bullion coins seriously of late with the expansion of their offering to a planned total of 57 new coins by 2021 with the introduction of their America the Beautiful Bullion Coin Series . Canada’s Royal Canadian Mint has followed suit expanding its offering of mass production silver bullion coins to 8 by 2013 with the launch of their Canadian Wildlife Silver Bullion Coin Series Program. Below are the details. Words: 958

5.  Americans: Which Gold/Silver Bullion Assets are Permitted in Your IRA?

Some physical gold, silver, platinum and palladium bullion assets, in addition to traditional paper assets, can be part of your Individual Retirement Account (IRA) or Roth account and they can be bought and sold with no tax consequence until you move money out of the account. [This short articles reveals just what bullion assets can, and cannot, be included.] Words: 573

Share
Previous Move Over Visa, Mastercard and PayPal! Here Comes a Better Alternative – Dwolla (+2K Views)
Next U.S. Has 3rd Largest Natural Gas Field in the World – Which Other Countries are Included in the Top 10? (+3K Views)