Are Surging Home Prices in Canada Finally Due For a Major Correction?

Lorimer Wilson June 2, 2012 Comments Off on Are Surging Home Prices in Canada Finally Due For a Major Correction? 2,491 Views

Given the global economic backdrop, and in particular the sharp

correction in energy prices to which Canada is highly exposed, the risks of a Canadian housing correction are rising. Home prices, which corrected about 10% during the recession, have surged again, making household balance sheets look increasingly fragile. Economists are becoming concerned. [Should Canadians be worried too? Let’s review the situation.] Words: 280

So say paraphrased comments from an article posted in its original format* at http://soberlook.com.

Canada…did not experience the same level of housing bubble, nor the correction that followed, as did the US (see chart below)….[In fact] Canadian home prices [continue to] …grow quite rapidly…. Some may argue that this is justified because Canada’s unemployment rate is lower. 8.1% in the US vs. 7.4% in Canada. Is that enough to justify such a divergence in housing prices, particularly when the GDP growth rates in the two countries is fairly similar? 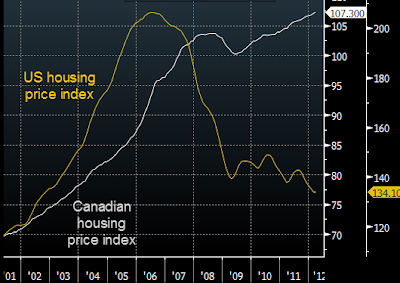 In addition, construction in Canada is booming. The chart below compares construction jobs as a percentage of total jobs for the US and for Canada. The divergence is quite striking. 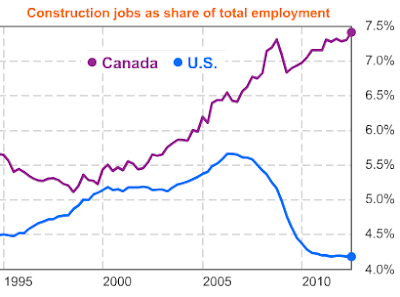 Canadians have also been growing household debt levels. The chart below, though a bit dated, includes mortgage debt (total debt as percentage of net worth). 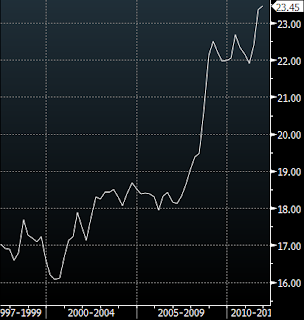 Watch the BBC video below to get a feel for the situation on the ground. 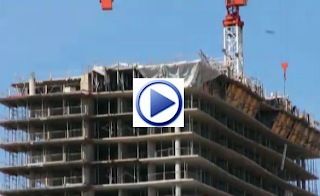 *http://soberlook.com/2012/05/soberlook.html?utm_source=BP_recent  (To access the original article please copy the URL and paste it into your browser.)

1. Why Canadian real estate is not in a bubble

Cliff Küle argues that Canada’s property market is in fact not a bubble.
2. Housing Collapse Coming to Canada? House Price-to-Rent Ratios vs. America’s At Peak Suggest So

The ownership premium in Canada’s largest cities is unprecedented, dangerous to new buyers, and unlikely to persist – and if analogies to the U.S. situation at its peak back in 2005 are at all valid, this is bad news. [Let me explain.] Words: 430

4. Unlike the U.S and U.K, Canada’s Home Prices Are STILL Rising!

5. Believe it or Not: Australia’s Housing Bubble is Worse Than That in the U.S.

The explosion of Australia’s mortgage debt is viewed by many economists and commentators as the key factor behind Australia’s unaffordable housing [and the primary] reason why Australia’s housing bubble is larger than that experienced in the United States in the mid-2000s. [Another factor is] the strangulation of fringe urban land supply via increasingly restrictive planning processes. [Let me substantiate that contention by comparing the two countries housing situation via a number of descriptive graphs. Words: 817

Share
Previous Tungsten Supply Risk Could Have Negative Impact on Cost of Living – Here's Why
Next Do You Really Want the Truth? OK, Here It Is – But You Won't Like the Conclusion