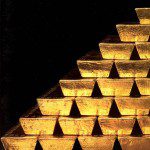 Gold it is still tracking well in line with Elliott Wave expectations [which foretold] a rally from the previous low followed by a further decline to [as low as $1,650 before going onwards and upwards. Let me explain the steps that brought me to that conclusion.] Words: 683

So says Alf Field  in edited excerpts from an article* posted on goldswitzerland.com which Lorimer Wilson, editor of www.munKNEE.com (Your Key to Making Money!), has further edited below for length and clarity – see Editor’s Note at the bottom of the page. (This paragraph must be included in any article re-posting to avoid copyright infringement.)

Before dealing with the current move, [however, let’s review just] what our expectations are. What we know so far is that:

As described above, minor wave (ii) [suggested] a correction of approximately 6% [which] could range from 5% to 8%…An 8% of decline brings the $1650 area into play. If gold drops below this level we will have to consider other possibilities…

*http://goldswitzerland.com/index.php/what-happened-to-gold-on-leap-year-day-2012/ (To access the article please copy and paste the URL into your browser.)