[I have identified] five “Great Deceptions” lurking out there that, individually and 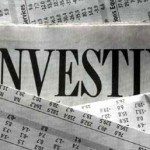 collectively, have the potential to wreck your portfolio. [That being said,] I also have five protective strategies to help you avoid getting slammed. Words: 998

So says Mike Larson (www.weissmoneynetwork.com) in edited excerpts from the original article* which Lorimer Wilson, editor of www.munKNEE.com (Your Key to Making Money!), has further edited below for length and clarity – see Editor’s Note at the bottom of the page. (This paragraph must be included in any article re-posting to avoid copyright infringement.)

Larson goes on to say, in part:

1. The economy is on a roll. I believe the truth is that the recovery is sorely lacking!

December consumer spending was unchanged. January consumer confidence fell to 61.1 from 64.8, while a key manufacturing index for the Chicago area slumped to 60.2. Sure, we’ve seen a slight uptick in certain sectors … but nothing like what you’d expect if growth were coming back strongly.

2. The job market is roaring back. The truth is that we’re not gaining much ground.

If you include discouraged workers, part-time workers who want full-time work, and so on, you see that the real unemployment rate is way up around 22 percent! Meanwhile, only 63.7 percent of Americans are active in the labor force. That’s the worst “participation rate” going all the way back to 1982, showing just how widespread the labor market malaise is.

3. The housing market is recovering strongly. The truth is we don’t have much progress to report.

November house prices were DOWN 3.7 percent from a year ago. December pending sales of used homes were DOWN 3.5 percent. December new home sales were DOWN 2.2 percent on the month, while full-year 2011 sales were the worst in U.S. history and existing home sales for January missed analysts’ forecasts. Worst of all, a key index that measures purchase mortgage application activity just slumped to lows last seen in October and September. Those readings, in turn, were the worst since 1996! Purchase apps are a forward-looking indicator, and this deterioration suggests buying demand is once again falling … right as we head into the crucial heart of the spring home buying season!

4. The idea that the U.S. debt load is NOT a major threat. I believe the cold, hard facts say otherwise.

Case in point: The Congressional Budget Office (CBO) just raised its 2012 deficit forecast to $1.1 trillion — making this the fourth year in a row we’ll rack up more than a trillion dollars in red ink. The total federal debt is now on track to hit $21.6 trillion in 2022, compared to around $15.2 trillion now. [Even] worse, the cost of carrying all that debt is on the rise. The CBO forecasts that our net interest burden, the annual cost of servicing the debts we’ve already accumulated, will almost triple to $624 billion per year! Think about that: we’re going to be spending more than $600 billion on interest to domestic and foreign creditors rather than actually doing something useful with the money. What a waste!

5. European officials are truly “solving” the European debt crisis. I can’t believe some pundits are still trying to toe that party line after all we’ve seen and heard over the past year or two.

Sure, the powers-that-be announced yet another Greek bailout deal after marathon weekend negotiations but the deal requires average Greeks to make huge financial sacrifices just to make life easier for foreign creditors and banks. Even if, by some miracle, Greece manages to hit every single one of the financial targets spelled out in the deal, the country will STILL be left with too much debt 10 years down the road. That makes default all but inevitable!

Why No Market Impact Yet?

QE is shorthand for quantitative easing, which itself is just Wall Street jargon for central bank money printing. Take the European Central Bank. It talks a big game about inflation fighting but its balance sheet has exploded to 2.7 trillion euros from 1.9 trillion euros in only half a year! That’s an increase the likes of which we haven’t seen since the depths of the 2008 credit crisis.

Here in the U.S., the Federal Reserve recently said it would keep its Operation Twist scheme going into 2012. Policymakers also pledged to keep short-term rates low through late 2014, instead of the old target of 2013. The move was dubbed “QE 2.5” by the well-known Pimco bond fund guru, Bill Gross.

[Below are five] essential strategies to implement to protect yourself — and profit — in this market environment.

1. Maintain hedges against downside risk. This is a market where you need to have some protection in place, in the form of inverse ETFs or cheap long-term put options, because the negative fundamentals could overwhelm the impact of global money printing at any time.

2. Invest in select stocks and sectors that can hold their own in “down” markets, and really outperform in QE-driven “up” ones.

3. Seek higher yields from lower-risk segments of the fixed income market. I like some of the Master Limited Partnerships and short-term corporate debt.

4. Find cheap, unloved assets that you can actually buy and hold because the downside risk has largely been wrung out. Natural gas certainly qualifies in my book!

5. Be ready to shift on a dime when the money printing wave shows signs of receding. Back when we got QE2 here in the U.S., stocks racked up steady gains for eight months … then promptly puked them all up in just two WEEKS when the printfest came to an end. Something very similar will likely happen again.

1. Portfolio “Diversification” Can Kill Your Portfolio Returns – Here’s Why

Most investors don’t know anything more about diversification than you “shouldn’t put all your eggs in one basket” [but] spending some time trying to understand the ways you might be shooting yourself in the foot could seriously enhance your portfolio returns and stop catastrophic risk. [There are some advantages to diversification if you REALLY know what you are doing but the shortcomings can go a long way towards killing your portfolio returns. In this article we identify what they are and how best to avoid them.] Words: 1055

2. Extreme Investing: Do Leveraged ETFs Belong in Your Portfolio?

Some analysts and commentators are warning that this year (2012) could match or surpass the dire conditions experienced in 2008 with the promise of more turbulence from the Eurozone, further political wrangles over dealing with the U.S. budget deficit and a potential host of problems in emerging market countries such as a possible Chinese banking and real estate crash. [While you] should fear plummeting stock markets…there are actually some interesting ways to play the downside or hedge your portfolio. [Let me explain.] Words: 990

The amount of evidence stacking up that…mutual funds…do not provide value for their investors is just staggering…While there are certainly signs that the public’s tolerance of excessive fees and executive pay is falling, the likelihood of significant structural change in the finance industry is still remote. Given such a backdrop the probability remains that investors in funds will, on average, continue to underperform their benchmarks. So what is an investor to do? [Read on!] Words: 830

Dividends aren’t just for Warren Buffett and retirees. Dividends have the power to support your goals of becoming independently wealthy. Here are 3 reasons why. Words: 586

5. Your Portfolio Isn’t Adequately Diversified Without 7-15% in Precious Metals – Here’s Why

In proclaiming buy-and-hold investing to be dead, the pseudo-experts masquerading as financial advisors have abandoned the fundamental principle of investing: buying undervalued assets – and then giving those assets the time necessary to mature. Instead, these charlatans have forced their clients to become short-term gamblers. Worse still, they are now consistently steering their clients toward the worst possible asset-classes, stocks and bonds, rather than the best ones [simply because they do not] understand the fundamental conceptual difference between risk and volatility. In a market populated by panicked lemmings, we cannot avoid volatility. However, we can and must reduce risk – which begins by building an allocation of history’s true safe haven asset, precious metals. [Let me explain more about what risk and volatility are and are not.] Words: 1080

7. Rosenberg: 7 Ways to Invest Given the Potential 8 Behavioral Changes Coming in 2012

The global economy is going to endure a significant deleveraging cycle as we move through 2012 – one that will affect most if not all parts of the developed world. It will be accomplished by some combination of default and write-downs, debt repayment and rising savings rates. [Below I outline 8 areas of behaviorial change to watch for in 2012 and 7 ways to invest in such a fluid economic environment.] Words: 1186

8. What Works on Wall Street? James O’Shaughnessy Tells All!

History has shown that investors who stick to disciplined, fundamental-focused strategies give themselves a good chance of beating the market over the long haul and one of the investment gurus who has compiled the most data on that topic is James O’Shaughnessy, whose book What Works on Wall Street became something of a bible for investment strategies when it was released 15 years ago. Now, O’Shaughnessy has released an updated version of his book, with a plethora of new data on various investment strategies. Using data that stretches back to before the Great Depression in some cases, O’Shaughnessy back-tests numerous strategies, and comes to some very intriguing conclusions. [Let me share some of them with you.] Words: 1345

9. Don’t Confuse “Risk” with “Volatility” – It Could Have Dire Consequences on Your Investments

[I am surprised at the large number of] investment professionals who confuse risk and volatility… regularly and thoroughly confusing these two concepts to the point where the terms are treated as being virtually synonymous. This has resulted in the flawed investment principle that reducing volatility will (and must) reduce risk. Such thinking is deeply misguided, and following it has dire consequences for investors. [Let me explain more about what risk and volatility are and are not.] Words: 1100

10. Size Does Matter: A Look at Market Capitalization and What It Means for Investors

People choose certain stocks for many different reasons – business location; sector strength; product innovation – but some investors choose what to buy based on company size, or market capitalization [believing that size does matter. Yes,] understanding the difference between small-cap, medium-cap and large-cap companies is the first step to making the right choice. [Let me explain.] Words: 600

Share
Previous Gold Bugs: Here’s How to Make the Most of the Continuing Bull Market in Gold! (+3K Views)
Next Dow 13,000 is Meaningless When Priced in Gold! Here’s Why (+2K Views)