At what age does the average person retire in high-income countries? How long is the average period of retirement? The OECD collects this information. Here’s a trimmed down table with a selection of countries.

You can see from the first two columns of data that the average age of labor market exit for US men and women is a shade under 65 years. This is lower than Japan and Korea, and interestingly, lower than Sweden as well. The countries with the earliest average ages of labor market exit seem to be France, Spain and Greece at less than 61 years, with Italy also on the low side.

The last two columns of data show expected years in retirement. For the United States, this is 18.6 years for men and 21.3 years for women, mostly reflecting the longer average life expectancies for women. The shortest expected retirements are in Japan and Korea. Interestingly, Sweden has a later average age of retirement than the US but also a longer expected retirement–which is possible because of longer life expectancies in Sweden. The longest retirement periods seem to be in the countries with the lowest retirement ages, like France, Greece, and Spain, where it is common for men to have 23 years in retirement and women 27 years. 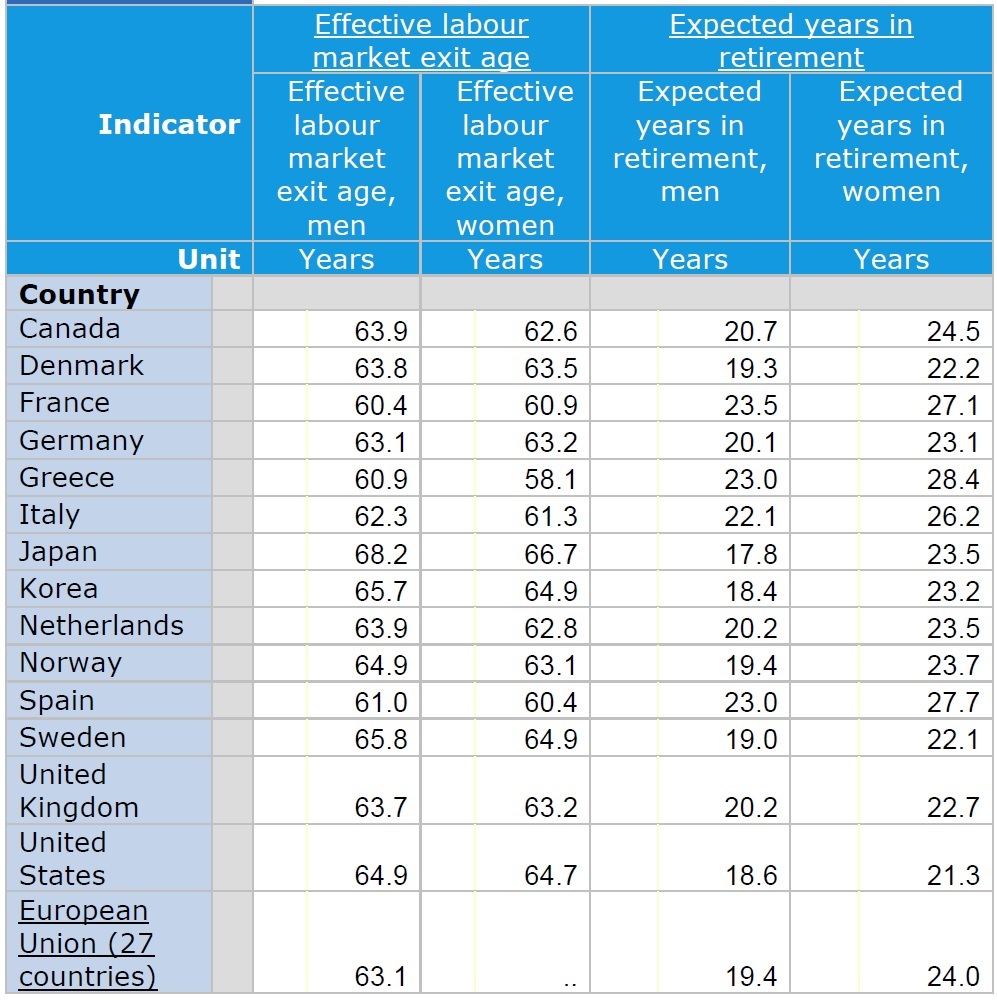 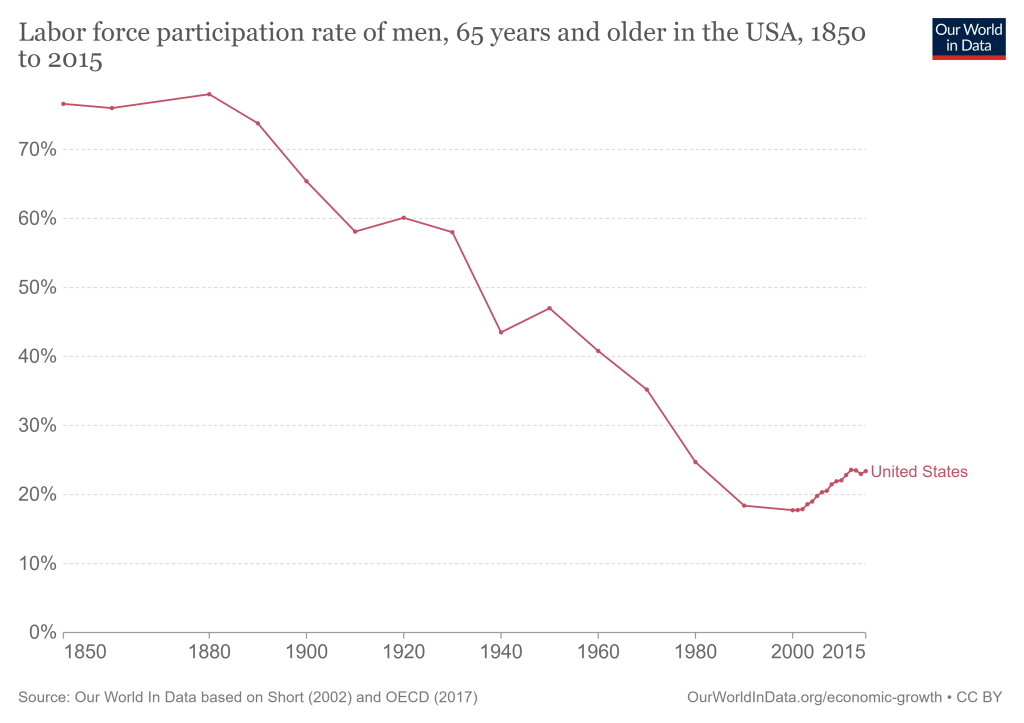 Given that the US has a relatively late age of expected retirement and relatively short period of expected retirement, one might expect that the US Social Security system of government pensions would be in relatively good financial shape compared to some other countries, but this doesn’t seem to be correct. Consider this table from the Mercer CFA Institute Global Pension Index 2022, which ranks pension systems across 44 countries for adequacy, sustainability, and integrity. (“Integrity” refers to a combination of issues related to regulation, governance, protection, communication, and operating costs.) The US system does fairly well for adequacy, but not so well on the other measures. Of the countries listed above, Netherlands and Denmark are thought to be grade A systems. The US overall category with countries like France and Spain. Those countries rank higher than the US on “adequacy” of benefits, with their lower retirement ages and longer expected periods of retirement, but rank lower than the US on the financial “sustainability” of the benefits. 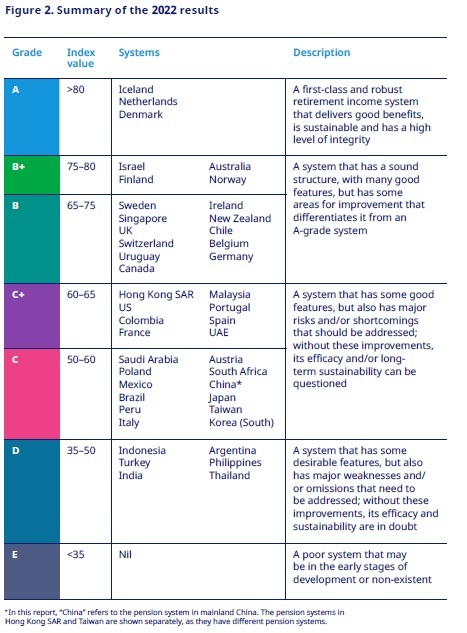 As the US deals with the financial consequences of an aging population, it seems appropriate that part of the answer will involve people working longer on average. But other parts of the answer will also involve additional financing for the system as a whole and additional support for the elderly poor.

Share
Previous A Comparison of Living Costs By City Worldwide