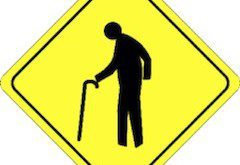 Based on the strong historical relationship between the age distribution of the U.S. population and stock market performance that has prevailed since the mid-1950s the upcoming waves of retirement of the baby boom generation born between 1946 and 1964 could push down U.S. equity markets. Why? Because, as boomers reach retirement age, they are likely to shift from buying stocks to selling them to finance retirement, and this massive sell-off could depress equity values. There appears to have been a breakup in that relationship of late, however, so what does that suggest for the timing and magnitude of any correction in the near future?