The [latest] Purchasing Managers’ Indexes (PMI) [from] around the world forecast weak growth to negative growth in manufacturing, and weak to moderate growth in services over the near term, with the composite of manufacturing and services forecasting weak growth. [See the major country specifics below.] 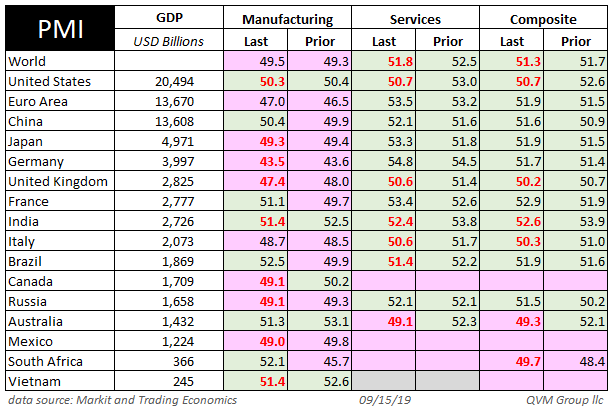 In the table above, pink shaded cells show contraction and bold red values indicate the current index value is lower than the prior monthly value.

Once plotted on a long-term chart, the PMI may have intermediate-term trend forecasting utility.

…The chart [below] looks at the year-over-year GDP growth rate of the selected countries and regions [since 2015 with forecasts of future growth/contraction]: 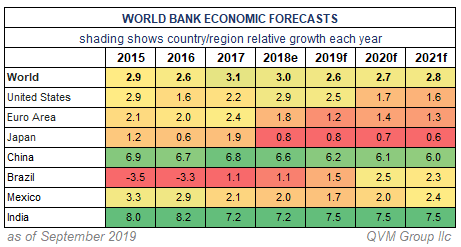 It is important to preface the above information with a note that the GDP growth rate of each country or region has different correlations to the performance of the stocks listed there. For example:

The economy and the stock market are two different things at any given moment, but ultimately they tend to relate to each other over the long run. 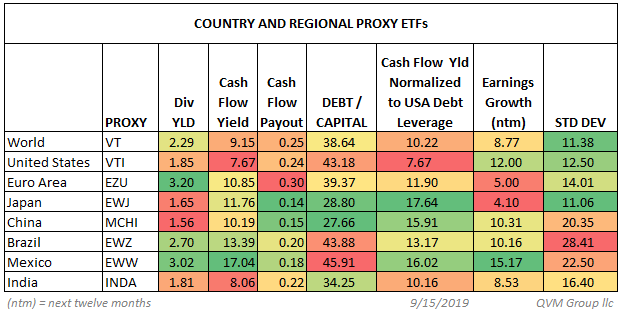 The charts below show the monthly total return and the 10-month moving average (equivalent to the 200-day average) of proxy ETFs for the selected countries and regions. 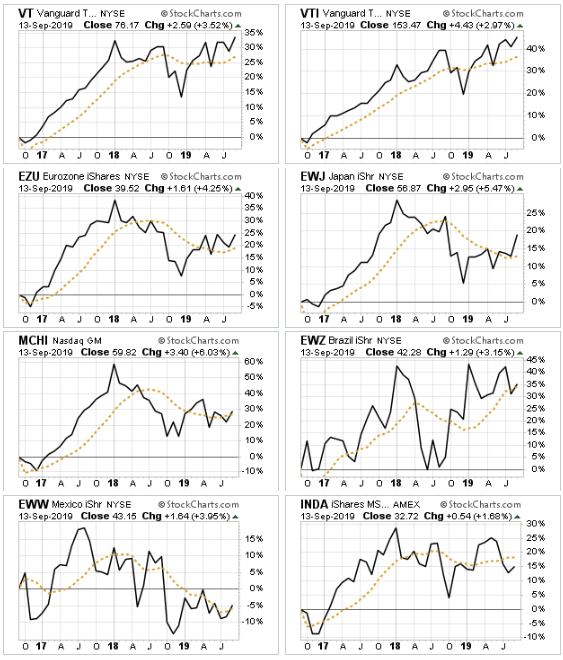 The above charts show that:

Editor’s Note: The above excerpts from the original article by Richard Shaw have been edited ([ ]) and abridged (…) for the sake of clarity and brevity. Also note that this complete paragraph must be included in any re-posting to avoid copyright infringement.

(The author’s views and conclusions are unaltered and no personal comments have been included to maintain the integrity of the original article. Furthermore, the views, conclusions and any recommendations offered in this article are not to be construed as an endorsement of such by the editor.)

Share
Previous Cannabis Central: Which Marijuana-Infused Beverage Stock Will Be The Next “Monster”?
Next Multiple Analyses Forecast Stock Market Losses Over Next 10 Years