…The major commodity producers are deeply cyclical and capital intensive

companies. They have massive swings from cycle to cycle.  If you can get the timing right one can make huge gains.  If you get it wrong, you get crushed.  If this analysis is correct the CRB is about to get sliced in half.

The CRB [chart] below shows the super long view.  I interpret the action since 2016 as a bearish rising wedge which is undergoing a back test to the 40 year support zone which it broke in 2015. Once this BT is complete and falls through the lower rising support line of the wedge the fall could be catastrophic as there is no support underneath.  The measured move projects a 50% decline in the price of commodities….[Truly] shocking!

A close-up view of the 3 year back testing rising wedge shows a sickly, pathetic bounce in commodities over the past 2 years. This is a flagging formation that certainly does not take on the appearance of a new bull market.

We have reviewed several other commodity indexes in past reports and they all confirm this same thesis…[regardless] of their individual compositions. Here are some additional indexes: 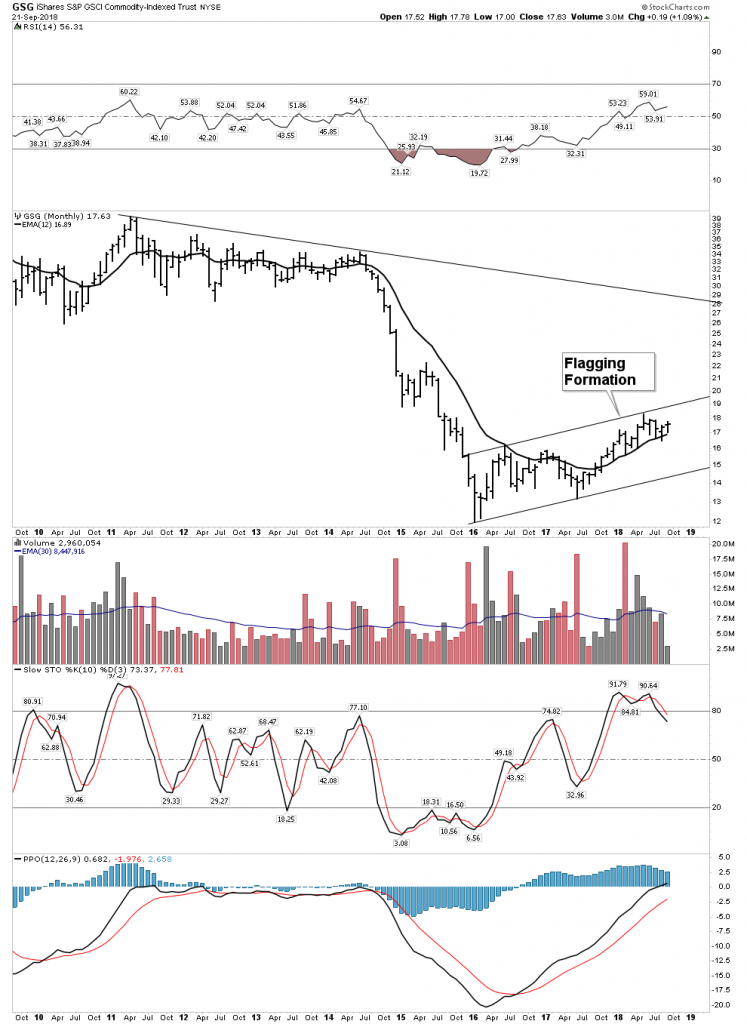 USCI- US Commodity Fund, Broken Down 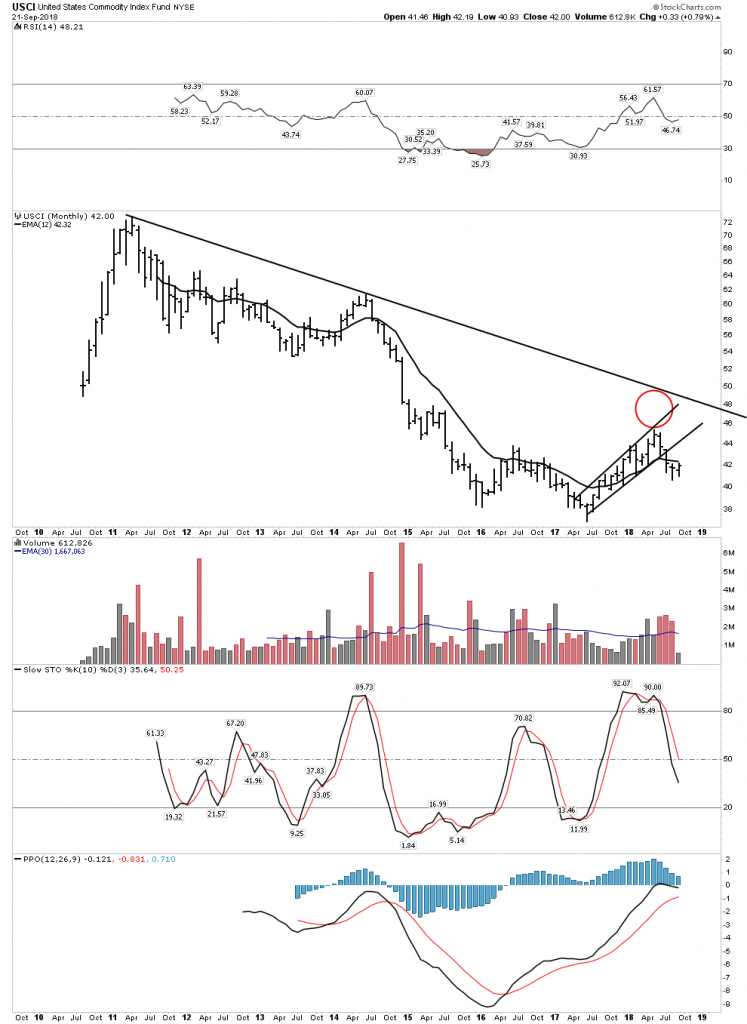 The message of these charts is that across the spectrum the commodity sector seems to have flamed out, but its early in a downtrend. In the short term it is currently bouncing higher in a retracement to its recent breakdown.

The two year commodity rally got everyone’s juices flowing and claims of a long term commodity bull market were pronounced from every mountain top. The consensus continues to be a long term bull market lies ahead, but the charts are pointing in the opposite direction. In fact, they seem to be validating the PBC [Post Bubble Contraction] thesis which is just now reasserting itself after laying dormant for the past 9 years as the FED and central banks aggressively intervened.

As the GLC [Global Liquidity Crisis] asserts itself liquidity will be removed from markets and prices could experience a violent bear market similar to what occurred in 1937.  This helps explain how the CRB index could literally be cut in half in a short period of time…