…Tesla just activated its battery giga-factory, and China is moving to hoard the

world’s cobalt supplies at the same time that Trump promises a military build-up that can only happen with the precious metal. This all means supply panic for everything from the electric car break-out to the military industrial complex. Right in the middle of this we have a small-cap North American explorer…in whose hands our energy revolution now lies.

The comments above and below are excerpts from an article by James Burgess (OilPrice.com) which has been edited ([ ]) and abridged (…) to provide a fast & easy read.

…The battery industry currently uses 42% of global cobalt production. The remaining 58% is used in diverse industrial and military applications—and the two sides are going to find themselves competing for dwindling supply….

[With] around 97% of the world’s cobalt supply coming from what is largely an afterthought—as a by-product of nickel or copper mining—it becomes clear that answering an imminent spike in demand will be challenging at best and, as the price of nickel and copper continue to plunge, it makes mining them uneconomical, further tightening the cobalt supply picture.

Further supply chain panic comes from the fact that some 60% of the world’s cobalt supply comes from the massively unstable Democratic Republic of Congo (DRC). The entrenched corruption that stems from the unregulated industry and illegal artisanal miners who use tens of thousands of children to mine cobalt, make the DRC a high-risk venue. The auto industry doesn’t like to source its cobalt from there because any connections to this supply chain are bad for reputation in terms of corporate social responsibility. China, however, has no such qualms.

So where is Tesla going to get its North American supply? Canada and the U.S. currently produce a meager 4% of the world’s supply of cobalt combined. This isn’t even enough to feed 500,000 of Tesla’s new Model 3 EVs, which would consume about 6% of the world’s cobalt production, according to some estimations.

The major miners aren’t even mining cobalt; they’re mining nickel and copper, both of which have seen prices plunge to record lows. With the big players, there will only be cobalt if there is enough demand for nickel and copper.

Tomorrow’s sources come from the junior companies, and far from the chaos and risk of the DRC. The U.S. state of Idaho, and the Northwest Territories, British Columbia and Ontario in Canada, are shaping up to be…the best new venues for our cobalt-driven future. This is one of the only places in the world where there have ever been primary cobalt mines, meaning that they’re not just by-products of nickel and copper.

…It is definitively going to be up to emerging small-cap companies like LiCo Energy Metals (TSX:LIC.V; OTCQB:WCTXF)  to fill this void with new supply and this is exactly where LiCo has set itself up to take advantage of the cobalt boom…[with its] staking out of lucrative claims for both cobalt and lithium.

LiCo is one of the fastest-moving new small-cap explorers on this tight supply scene. It’s pinging investors radars not only with its hungry lithium acquisitions in Nevada and Chile, but also with a unique primary cobalt  [mine] in Ontario, which means it’s a pure cobalt play, and not simply a by-product of nickel and copper…

Sitting on the highest grade of lithium in the world, in Chile, and carving out new primary cobalt supply in Canada to meet soaring demand, this small-cap company is set to play a key role in the emerging energy revolution…

Cobalt prices continue their climb, week-on-week, month-on-month and year-on-year. In the last 6 months cobalt is up 70%. 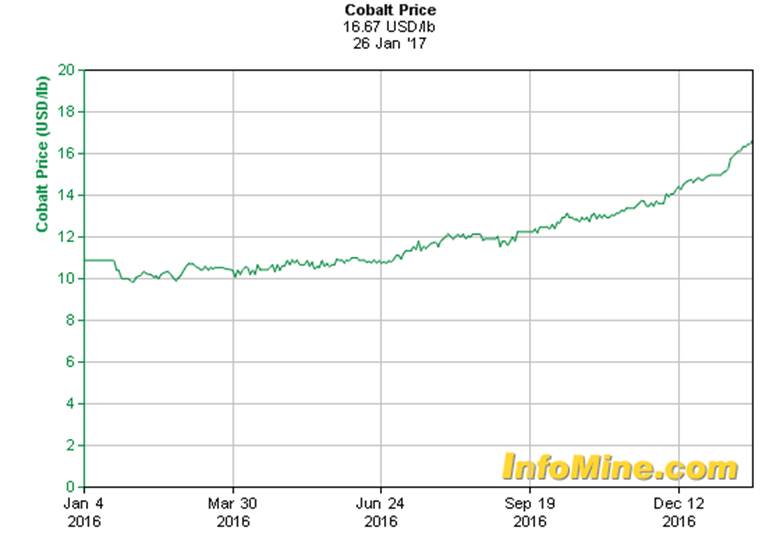 Just like cobalt, the future also spells deficit for lithium supply, and spot prices would agree. Lithium spot prices more than tripled in a matter of months at the beginning of 2016, up to April, when they retreated only slightly.

This is a bull run that is going to be a long one—there is no sign of a halt to the lithium breakout as it drives a clear and visible energy revolution. In 2015, lithium consumption nearly tripled. Since 2010, the market has grown by 10,000 tons per year, led by the lithium-ion battery market. Lithium prices have been surging since the second half of 2015, and short-term contract prices have been on the rise since the first half of 2016. For 2017—if current contract negotiations are anything to go by—analysts expect to average over US$10,000 for lithium hydroxide and over US$15,000 for lithium carbonate.

Tesla Motors is leading the market for now because competition is all about lithium-ion batteries, and it just flipped the switch on its gigafactory in Nevada. German and Chinese competitors are racing to the finish line as well, making this a very heated battle for market share. It will only be Tesla’s lack of battery supply that could give its competitors—like BMW (NASDAQ:BAMXF), Volkswagen (NASDAQ:VLKAF), and Daimler’s (NASDAQ: DDAIF) Mercedes-Benz—a chance to cut in.

While the mass production of Tesla’s Model 3 electric sedan is one of the more exciting and visible drivers of demand with 370,000 vehicles already ordered, there are other major drivers, such as massive energy storage systems, that will push demand to exponentially higher.

By 2018, Tesla predicts it will churn out 35 gigawatts of batteries per year. It’s a massive amount that surpasses more than what the rest of the world combined produces. In other words, one of Elon Musk’s many claims to fame will be doubling global battery production capacity as early as 2018.

As future supplies of lithium and cobalt promise to fall well below soaring demand, the name of the game is stake out new potential lithium acreage and get an early foothold on cornering the market share for what is no less than an energy revolution.

The surge this year in lithium spot prices in China coupled with the ravaging hunger for lithium-ion batteries and power storage solutions has triggered fears that we are on the edge of a major supply problem—but it’s a euphoric problem for lithium exploration companies and it has opened up the playing field to new entrants.

It’s even more euphoric when you come across a company that is cornering new market share for both of these commodities because the line-up of super-major companies that are going to be scrabbling for supply is impressive—even if we just consider those investing in electric vehicles. By 2020, it is estimated that one-fifth of cobalt demand will come from EVs.

Volkswagen (OTCPK:VLKAY) is sure that a whopping 25% of its car sales by 2025 will be EVs, and the World Energy Council expects 1 in 6 cars sold in 2020 will be EVs. By 2022, according to Bloomberg, EVs will be cheaper than traditional vehicles. 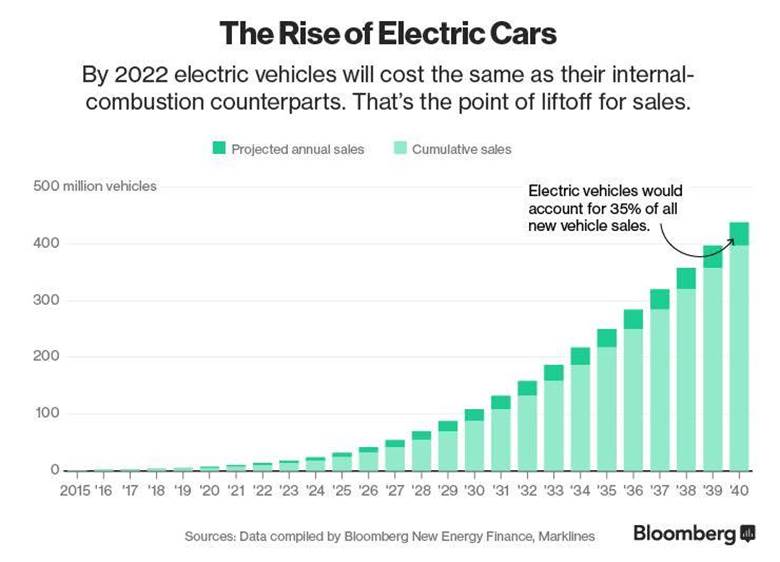 …With a mind-boggling 12 battery gigafactories on the books globally, we’re looking at a supply and demand equation that is overwhelming in favor of LiCo Energy Metals. It is hard to find a junior set-up that is more strategically positioned to take advantage of the fundamental reality of this energy revolution.

Related Articles from the munKNEE.com Vault:

1.  These Cobalt Stocks Will Benefit From Increase In Production Of Lithium-ion Batteries

Today, we have identified five cobalt stocks leveraged to cobalt prices that would benefit from the anticipated increase in production of lithium-ion batteries.

2. Manganese: the Missing Link To Clean Energy Technologies – Here’s Why

Manganese is the missing third link needed to wean the global economy off fossil fuels and enable widespread adoption of renewable clean energy and electric cars. Is manganese on your screen? If not, it should be.

3. Tesla’s “Master Plan” Could Give These 5 Lithium Stocks A Charge

Elon Musk, CEO of Tesla, has come up with a master plan for ramping up car production which, if achieved, could cause lithium stocks to skyrocket. Below are descriptions of 5 such companies that could become supercharged as a result.