…Something big is happening in silver, and it’s best if gold bugs don’t miss it by paying too much attention to gold.

…I believe silver is at the very beginning of a historic rally that should take it to all time highs in the triple digits. The rally should be fast and furious as were the previous two in 1980 and 2011, my guess taking about 2 years or less this time.

…Let’s look at the last two major silver rallies and how they unfolded, to give us a hint about how this next one could unfold.

The 1978-1980 bull market in silver was like an approaching storm climaxed by a tornado. Here’s what it looked like, relative to gold, from beginning to end: 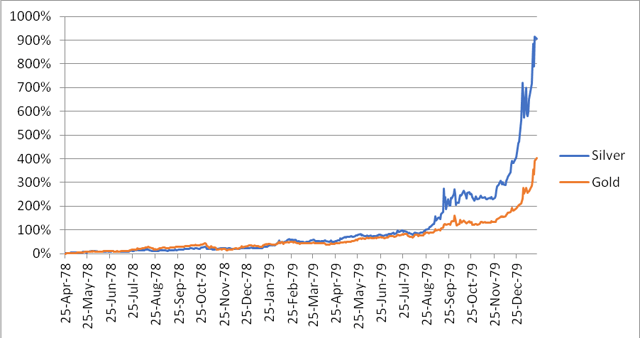 …Here’s a zoom-in on the first 16 months so you can better see what happened. 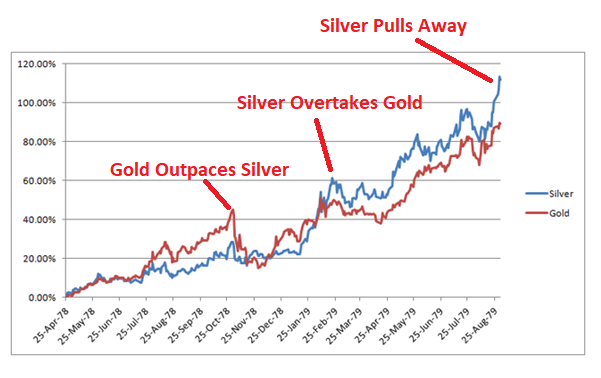 For most of 1978 until October, gold actually outpaced silver by about 100%. By February, silver overtook gold, and by the end of August, silver began to pull away. Then for the next five months, silver went totally berserk. 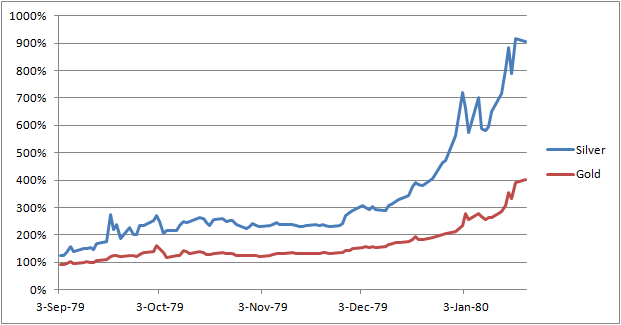 Something similar happened from the 2008 financial crisis bottom on precious metals on October 31, 2008 until the silver peak in April 2011. Here’s the full chart of that run. 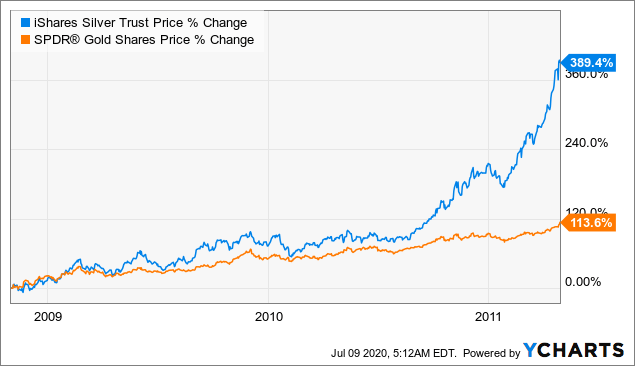 From October 2008 until around August 2010, the two metals traded mostly evenly. Silver outpaced gold on occasion, but corrected back down towards it repeatedly during that time. 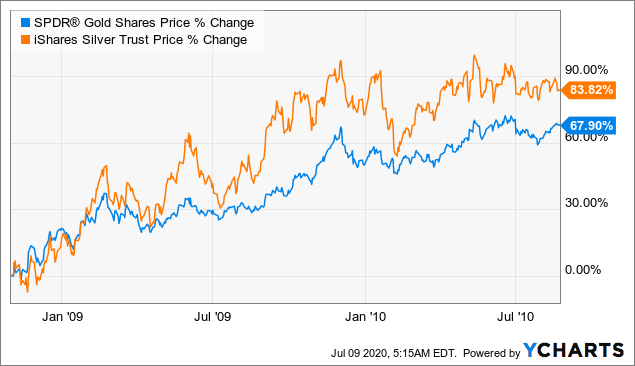 Around the end of August 2010 though, silver began to pull away with complete abandon. 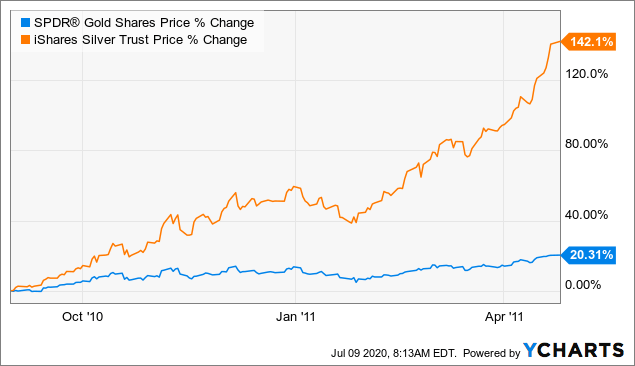 This is how silver tends to outperform gold. The bulk of the out-performance happens at the end of a bull rally, not throughout. Since gold bottomed in late 2015 though at $1,044, silver has not confirmed. If March 16, 2020 was the bear market bottom in silver, then we may now be entering the initial stages of the real gold bull rally that should be led by silver.

Here’s where we are now, counting March 16 as the equivalent of the post 2008 financial crisis precious metals lows on October 31, 2008: 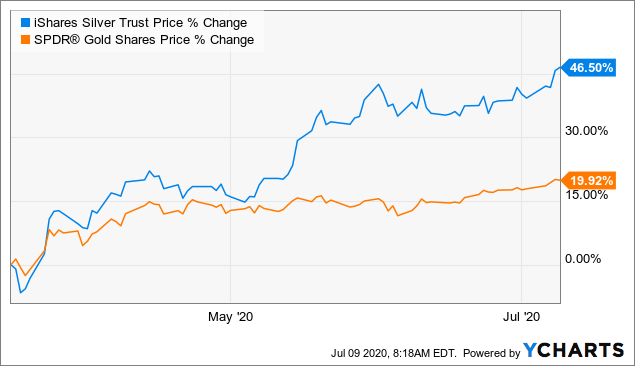 It looks like silver may be already pulling away from gold. If, during the next gold correction, silver doesn’t fall hard, we may be much nearer the parabolic stages than we were in the last two rallies.

…On the short-term daily chart, the 50 day moving average in silver just moved above the 200DMA. This could be a nice sign for technical short-term traders who may have their algorithms pinging at them that something is happening in silver. See red circle at the right. 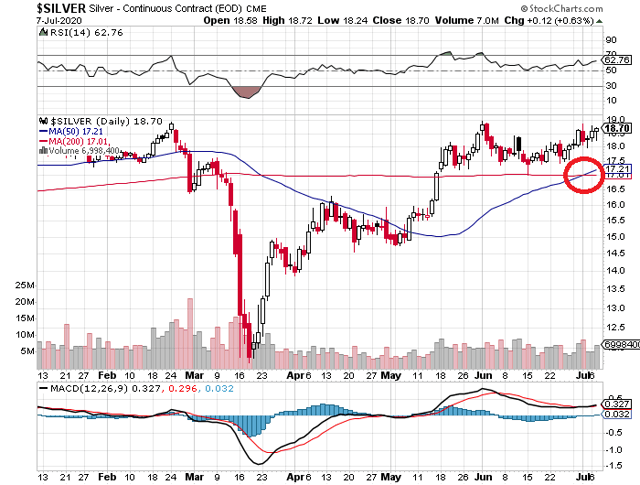 This by itself isn’t much, and doesn’t point to anything long term. However, something much more significant is happening on the long-term chart. 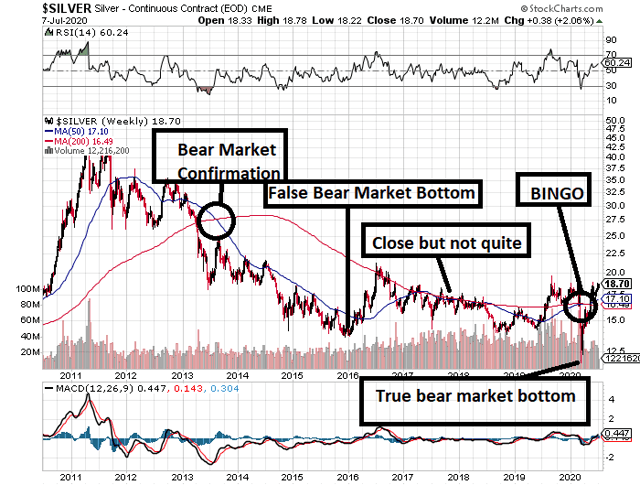 From the above silver chart, we see:

Here’s what may be the really big deal: On the long-term chart [below] you can also see that: 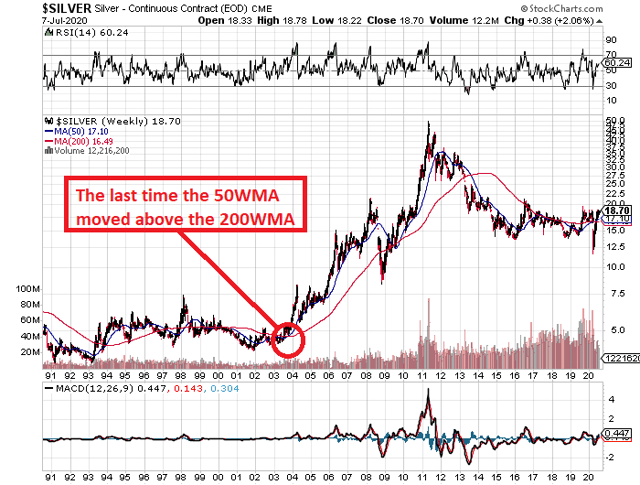 …Something else also happened in March, another historic record in silver.

This impending rally is being confirmed, I believe, by the physical markets. I don’t believe the backwardation we saw in the silver market the morning of July 9, 2020 is a coincidence. Deliveries from the Comex are also hitting records. See the July Comex delivery report here for silver, screenshot below. Keep in mind that July is only a third of the way done.

Here’s the silver backwardation already happening, with timestamps. Notice spot price is above the August contract. This indicates high demand for physical delivery.

If we count by tops, silver has been in a bear market for 30 years now. I believe silver is about to finally break out, in a big way, way past all time record highs in dollar terms.

My Marketplace service, The End Game Investor, is dedicated to protecting real wealth and helping subscribers profit during the ongoing global fiat monetary collapse. Coming from an Austrian School perspective on economics, we discuss ideas like this one and other more exotic ones that are low-risk/high reward. If you suspect that something is seriously wrong in the monetary sphere and that the US fiat dollar standard is in existential danger, then take a peek at what we’re doing to prepare for the end game with a two week free trial, lest the end game catch you unprepared.

Editor’s Note:  The original article by Austrolib has been edited ([ ]) and abridged (…) above for the sake of clarity and brevity to ensure a fast and easy read.  The author’s views and conclusions are unaltered and no personal comments have been included to maintain the integrity of the original article.  Furthermore, the views, conclusions and any recommendations offered in this article are not to be construed as an endorsement of such by the editor. Also note that this complete paragraph must be included in any re-posting to avoid copyright infringement.

1. The Silver/Monetary Base Clearly Says Now Is the Time To Buy Silver

There are way more U.S. dollars in existence today than at any point in history, but yet the silver price is not reflecting that reality. Currently, it is really one of the easiest decisions to make silver part of one’s investment portfolio.

2. Silver:Monetary Base Ratio Shows Silver To Be the Bargain of the Century!

Buying silver now is like buying silver back in 2003 when it was under $5 per troy ounce. It’s the bargain of the century!

3. Gold/Monetary Base Ratio Suggests A Significant Monetary Event On the Horizon (+3K Views)

We could be close to major financial/monetary crisis and it is most likely that it could happen during a major stock market crash and recession.

The massive increase in monetary expansion initiated by the Federal Reserve in the wake of the lockdowns imposed to address Covid-19 is clearly a reason to own gold and, in the case of equity investors, gold mining stocks, on a long-term basis.

5. The Price Of Gold Vs Today’s Monetary Base Has Major Ramifications

I knew the monetary base had grown wildly but did not realize the extent until seeing it in graph form [in an article by Peter Degraaf. It is truly the Chart of the Century]. While Peter spent just one paragraph on this, let’s look at it in depth to get a better understanding of why it is so important and what it really means.