The fundamentals overwhelmingly point to higher prices for gold, silver, and miners. Here are 3 reasons why:

Last year, the money supply soared thanks to massive quantitative easing from the Federal Reserve and enormous government spending: 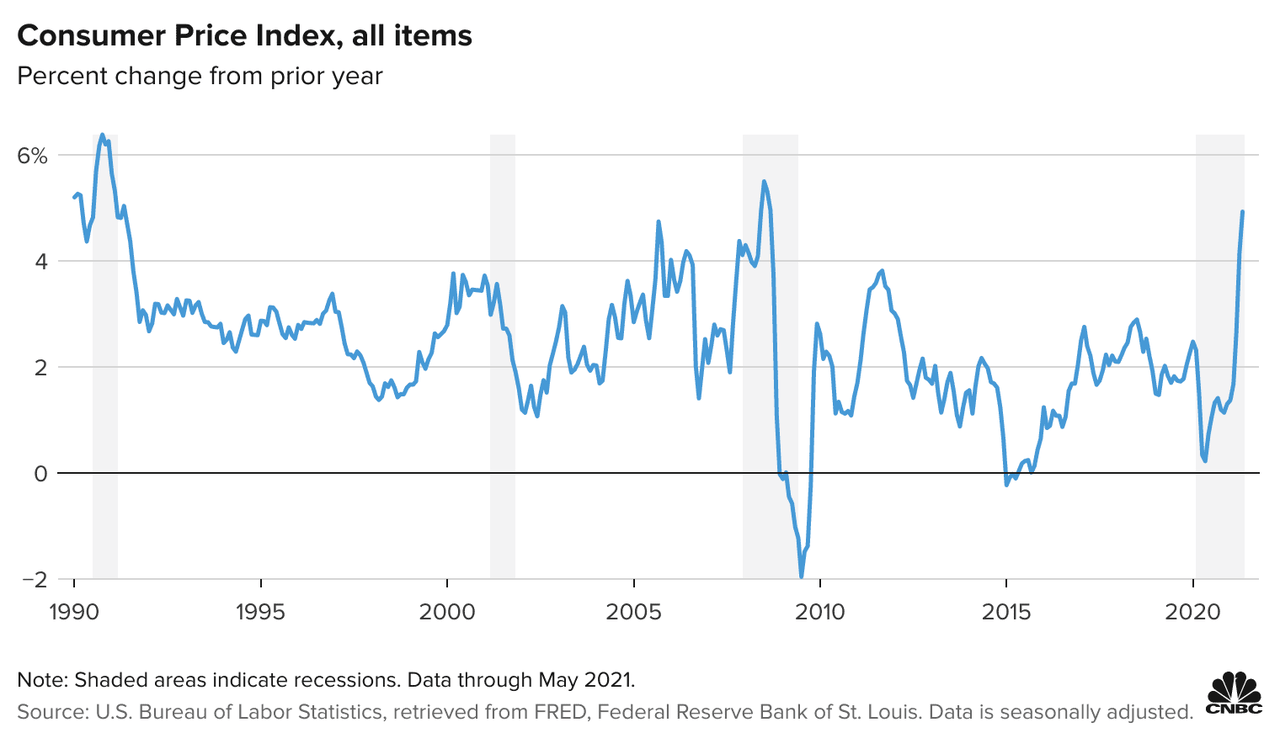 Meanwhile, government spending is unlikely to slow anytime soon as the government continues to:

Given that whenever inflation has exceeded 2% over the past decade, gold has risen – this is a bullish indicator for gold, silver, and miners.

While the CPI was at a whopping 5% in May, long-term U.S. interest rates remain well below 2%:

…Gold’s, silver’s, and miners’ latest sell-off is being sparked by new language from the Federal Reserve that indicates they may be raising interest rates sooner than previously advertised…

Macroeconomic conditions are such that real interest rates must remain negative…as U.S. government and corporate debt are each at their highest levels in history and continuing to rise with no end in sight…

If CPI remains between 4%-5% or goes even higher, interest rates would need to triple or quadruple from current levels to move real interest rates into positive territory. That would cause:

Given the soaring inflation, negative interest rates, and strong long-term fundamental outlook for precious metals, it is time to buy gold, silver, and miners hand over fist.

Editor’s Note:  The above version of the original article by Samuel Smith, has been edited ([ ]) and abridged (…) for the sake of clarity and brevity to ensure a fast and easy read.  The author’s views and conclusions are unaltered and no personal comments have been included to maintain the integrity of the original article.  Furthermore, the views, conclusions and any recommendations offered in this article are not to be construed as an endorsement of such by the editor. Also note that this complete paragraph must be included in any re-posting to avoid copyright infringement.

Share
Previous Current Gold:WTIC Ratio Suggests Gold Is About To Soar
Next Quality of Life Index by Country