History Says Silver Could Become the Next 10-Bagger Investment! Here’s Why (+3K Views)

Lorimer Wilson October 28, 2011 Comments Off on History Says Silver Could Become the Next 10-Bagger Investment! Here’s Why (+3K Views) 3,348 Views 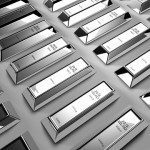 go parabolic in price in the next few years to $3,000, $5,000 or even $10,000 or more then you should seriously consider buying physical silver. Why? Because the historical gold:silver ratio is so way out of wack that silver should appreciate much more than gold as it goes parabolic in the years to come. Indeed, silver could easily reach $100 – $200 per troy ounce, maybe even $300 and conceivably in excess of $400 depending on how high gold goes. The aforementioned may be hard to believe but an analysis below of the historical price relationship between silver and gold suggests that such will most likely occur if gold does, indeed, go parabolic. Take a look. Words: 1423

So says Lorimer Wilson, editor of www.munKNEE.com, (It’s all about Money!). Please note that this complete paragraph, and a link back to the original article*, must be included in any article posting or re-posting to avoid copyright infringement.

Precious metal bull markets have 3 distinct demand-driven stages and we are now quickly approaching or perhaps even in the very early part of stage 2 which occurs when the general public around the world starts investing in gold and silver and this deluge of capital into them causes them to escalate dramatically (i.e. go parabolic) in price.

A 289.3% increase in the price of gold from the December 31st, 2010 closing price of $1420.70 per ozt. (for an article detailing how a troy ounce differs from a regular ounce measurement read this (1) article) would put gold at $5,539.79 per ozt. – and a 289.3% increase from the current  October 2011 price of approximately $1,650 per ozt. would equate to a future price of $6,423.45 per ozt.!  (More on what that might mean for the future price of silver is analyzed below.) That being the case what appear on the surface to be rather outlandish projections of what the bull market in gold will top out at don’t seem quite so far-fetched. (Go here (2) for a complete list of the economists, academics, market analysts and financial commentators who maintain that gold will go parabolic to $2,500 -$20,000 per ozt. in the near future.)

Silver has proven itself, time and again, to be a safe haven for investors during times of economic uncertainty and, as such, with the current economy in difficulty the silver market has become a flight to quality investment vehicle along with gold. The 49% increase in silver in 2009, and 83% in 2010 attests to that in spades. (Incidentally, another 83% increase in 2011 would put silver at $56.44 by year end!)

During the last parabolic phase for silver in 1979/80 it increased 732.5% in just over one year. Such a percentage increase from the Dec.31, 2010 price of $30.84 per ozt. would represent a future parabolic top price of $256.74 per ozt. – and from the current  October 2011 price of approximately $32 per ozt. would equate to a price of $266.40 per ozt.! (For what that might mean for the future price of gold see the analysis below.) Frankly, such prices seem impossible in practical terms but that is what the numbers tell us.

How both gold and silver perform, in and of themselves, does not tell the complete picture by a long shot, however. More important is the price relationship – the correlation – of one to the other over time, the gold:silver ratio. Based on silver’s historical correlation r-square with gold of approximately 90 – 95% silver’s daily trading action almost always mirrors, and usually amplifies, underlying moves in gold.

With significant increases in the price of gold expected over the next few years even greater increases are anticipated in silver’s price movement in the months and years to come because silver is currently seriously undervalued relative to gold as the following historical relationships attest.

Let’s look at the gold:silver ratio from several different perspectives:

Let’s now look at the various price levels for gold and the various gold:silver ratios mentioned above one by one and see what conclusions we can draw.

First let’s use the current ball-park price of $1,650 for gold and apply the various gold:silver ratios mentioned above in approximate terms and see what they do for the potential % increase in, and price of, silver.

Now let’s apply the projected potential parabolic peaks of $3,000, $5,000 and $10,000 to the various gold:silver ratios and see what they suggest is the parabolic top for silver.

It would appear that, any way we look at it, physical silver is currently undervalued compared to gold bullion and is in position to generate substantially greater returns than investing in gold bullion.

History will look back at the artificially high gold:silver ratio of the past century as an anomaly caused by the world being deceived into believing that fiat currencies are real money, when in fact they are all an illusion. This fiat currency experiment will end badly in a currency crisis and when that happens, as it surely will, gold will go parabolic and silver along with it – but even more so as the gold:silver ratio adjusts itself to a more historical correlation.

The wealthiest people in the future will be those who put 10% to 15% [3] (or perhaps more – much more!) of their portfolio dollars into physical silver today and were smart enough to research and pick the best silver mining/royalty stocks and warrants (see article here [4]) to leverage/maximize their returns. For those who are not exactly sure how to go about buying long-term warrants go here (5).

Indeed, while gold’s meteoric rise still has room to run, silver’s run is only getting started. Certainly, if the historical gold:silver ratios are any indication, it appears evident that now is the time to buy silver with the intent of realizing a 10-fold return.

3. What Percentage of Your Portfolio Should Be In Gold Bullion?

We are reading a lot of hype these days about gold and the necessity to own it but only about 2% of ‘investors’ actually have gold in their portfolios and those that have done so have insufficient quantities to offset the future impact of inflation and to maximize their portfolio returns. New research, however, has determined a specific percentage to accomplish such objectives. Words: 1063

Warrants have been the best kept ‘secret’ of the investment world until now. After all, when was the last time you read an article on warrants or had your financial advisor broach the subject? Pay attention to the particulars provided in this article, prepare with proper due diligence and enjoy the prospects of future prosperity that a basket of long-term warrants can provide. Words: 1744

5. Gold & Silver Company Warrants: Which, When, Why, and How to Buy Them

With all the interest in physical gold, silver and other commodities these days, and the large/mid-cap companies who mine the metals and the juniors who are exploring for them, it begs the question: “Why has no one written about the 91% returns and the 60% leverage generated by the long-term warrants offered by a select few miners and royalty companies in 2010?” The information in this article and the links to a variety of resources will change all that and make you ready and able to reap the benefits from investing in this much misunderstood asset class. Words: 2585