10 Hangover Remedies From Around the World – Pickle Juice Anyone? (+2K Views)

From the classics like greasy eggs and bacon, to the questionable (pickle juice,

anyone?), here are 10 hangover remedies from across the globe.

So writes Samantha Edwards  in her original article* posted on theloop.ca entitled 10 hangover remedies from around the world.

[The following article is presented by  Lorimer Wilson, editor of munKNEE.com and the FREE Market Intelligence Report newsletter (sample here) and may have been edited ([ ]), abridged (…) and/or reformatted (some sub-titles and bold/italics emphases) for the sake of clarity and brevity to ensure a fast and easy read. This paragraph must be included in any article re-posting to avoid copyright infringement.]

There’s no scientific explanation as to why we North Americans swear by grease the morning after a heavy night of drinking, but, there’s something about it that seems to soothe our nauseous stomachs and splitting headaches. Although anything greasy is acceptable – pizza, onion rings, burritos, French fries – the classic duo of bacon and eggs is the long-time favourite for Americans. Pair this awesome twosome with home fries and toast for the full hangover breakfast.

Scroll down to the very bottom of the page to the Post Comment box & have your say!

Simple, delicious and easy on the stomach, miso soup is the preferred hangover cure for the Japanese. The basic soup is full of nutrients and enzymes to help your body recover, but add shijimi clams and tofu for added health benefits. Best yet, you can grab a tasty instant version at most convenience stores in Japan – and Canada and the U.S. too!

The Danish seem to live by the old folk remedy that a drink the morning after helps the horrible effects of a hangover. Thus, they invented the Reparationsbajer, also known as the “recovery beer”. While we aren’t quite convinced by the healing powers of the dog of the hair, we’d be more than happy to keep drinking a brew at a more reasonable hour, like at 8 p.m.

It makes sense that the country that invented vodka would also have a tried and true tonic for hangovers. The taste may not appeal to everyone, but pickle juice is a definite must for those with pounding headaches and paralyzing dizziness since the juice is filled with electrolytes that’ll help replenish your sore body. Pickle juice is so good at hydration that athletes drank it before Gatorade became the go-to sports drink.

After a few too many shots of soju, which is the sweeter, Korean cousin of vodka, finish off your evening with a bowl of Haejangguk to prevent the impending hangover. In Korean, Haejangguk means “soup to chase a hangover” and consists of dried Napa cabbage, congealed ox blood and vegetables in a beef broth.

The Brits don’t mess around when it comes to curing their hangovers. They go for the whole shebang: eggs, sausage and bacon, baked beans, fried mushrooms and tomatoes, black pudding and hash browns; it’s all part of a well-balanced English breakfast. Although we’re skeptical of the overall nutritional value of this meal, we’re pleased to report that eggs are high in amino acids, which help with liver detoxification.

To all of those Germans who have waited in long lines in the wee mornings to get currywurst, you have Herta Heuwer to thank. In 1949 in Berlin, Heuwer invented the ubiquitous fast food creation, which consists of fried pork sausage cut into slices and topped with curry ketchup, after obtaining ketchup, Worcestershire sauce and curry powder from British soldiers. She combined the ingredients with grilled sausage and then opened up a food stand to sell her snack. After that, the rest is history. Currywurst became a hit and remains one of the country’s most beloved fast food dishes. From drunken tourists and broke students to chancellors and mayors, currywurst is a favourite for all.

Sipping on a cup of coffee is part of the morning routine for hung over types across the world, but it’s a sacred rite of passage for Italians. A few shots of espresso might not cure your upset stomach – in fact, it’ll like dehydrate you even more – but that jolt of energy will make you feel like a million bucks, even if it only lasts for an hour.

If you didn’t grab some pad Thai after you stumbled out of the bar, you’ll definitely pick some up the next morning at a street vendor. Lucky for the Thai, their national dish is also great for hangovers: it’s greasy, loaded with carbs, and contains the perfect amount of spice.

Scroll down to the very bottom of the page to the Post Comment box & have your say!

1. Average Age of First Sexual Intercourse by Country & 49 Other Informative Views of the World

2. Who Are the World’s Happiest Citizens? Where Does Your Country Rank?

3. Where Does Your Country Rank as “Best” in World to Live?

Canadians are the second happiest group in the world, after Australia, according to the results of a new study in which citizens of 34 countries were able to rate their own country on the things that made them feel they were experiencing a happy life. Where do the United Kingdom and the United States rank themselves? Read on! Words: 517 Read More »

4. Retiring Soon? These Countries & Cities Are the BEST Places In the World to Consider

More and more retirees are looking to retire abroad where the sun shines almost daily, the weather is temperate, the lifestyle is enjoyable and the cost of living is a fraction of their current expenses. Here are a number of countries worth considering and the merits of each destination. Read More »

5. Tipping Is Not Expected In Many Countries – Here’s Where

How much should you tip?  Better yet, where in the world can you go to escape from tipping anyone? Read More »

Share
Previous Travelling Around the U.S.? Don’t Break Any of These 13 Strange Laws
Next Take Note! The Dow 30 Was Injected With Steroids (+2K Views) 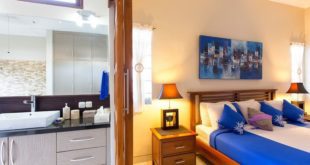 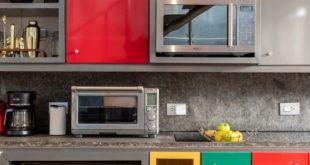 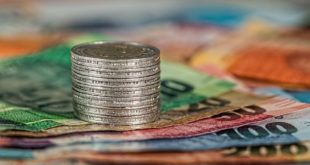