So says Michael T. Snyder (www.theeconomiccollapseblog.com)  in an article* which Lorimer Wilson, editor of www.munKNEE.com (Your Key to Making Money!), has further edited ([  ]), abridged (…) and reformatted below  for the sake of clarity and brevity to ensure a fast and easy read. The author’s views and conclusions are unaltered and no personal comments have been included to maintain the integrity of the original article. Please note that this paragraph must be included in any article re-posting to avoid copyright infringement.

Snyder goes on to say, in part: 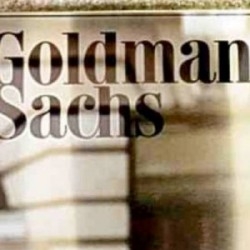 Goldman Sachs (GS) is doing it again: [on one hand] telling the public that everything is going to be just fine, but [on the other hand] advising their top clients to bet on a huge financial collapse.
On August 16, a 54-page report by Goldman strategist Alan Brazil was distributed to institutional clients. The general public was not intended to see this report but, fortunately, The Wall Street Journal got their hands on a copy and have filled us in on some of the details. It turns out that Goldman Sachs secretly believes that an economic collapse is coming, and they have some very interesting ideas about how to make money in the turbulent financial environment that we will soon be entering.

In the report, Brazil says that:

If this is what people at the highest levels of the financial world are talking about, perhaps we should all start paying attention.

There is a tremendous amount of fear in the global financial community right now…Things could start falling apart at any time. Most of these big banks will not publicly admit how bad things are, but privately there is a whole lot of freaking-out going on…Brazil believes that:

Perhaps most startling of all is what the report has to say about the debt problems of the United States and Europe:

Solving a debt problem with more debt has not solved the underlying problem. In the U.S., Treasury debt growth financed the U.S. consumer but has not had enough of an impact on job growth. Can the U.S. continue to depreciate the world’s base currency?

Remember, this statement was not written by “some guy” on the internet but by a top Goldman Sachs analyst who put it into a report for institutional investors…

Goldman Sachs thinks that it can make money off of the impending collapse in Europe. The following is how Business Insider summarized the advice that Brazil gave in the report regarding how to do so:

This is so typical of Goldman Sachs. They will say one thing publicly and then turn around and do the total opposite privately just as they did prior to the financial crisis of 2008 putting together mortgage-backed securities that they knew were garbage and marketing them to investors as AAA-rated investments and then often privately betting against those exact same securities.

The amazing prosperity we have enjoyed for the last several decades has largely been a debt-fueled illusion. It was a great party while it lasted, but now it is coming to an end, and the aftermath of the coming crash is going to be absolutely horrific. Keep watch and get prepared.

1. Jim Rogers: Situation to Worsen in U.S. and Lead to Social Unrest

2. Roubini, Schiff, Rosenberg and Whitney Agree: Another Recession Is At Hand! Here’s Why

Share
Previous U.S. Economy Won’t Collapse Any Time Soon – Here Are 5 Reasons Why (3K Views)
Next Peak Oil Is Still With Us – Here’s Why (+2K Views)