For relevant analysis of gold prices, the so-called “fundamentals” provide scant help. What is required is an understanding of the macroeconomic drivers at play. This article addresses 9 such factors.

The above comments, and those below, have been edited by munKNEE.com (Your Key to Making Money!) for the sake of clarity [] and brevity (…) to provide a fast and easy read and have been excerpted from an article* by Robert P. Balan of Diapason Commodities Management (diapason-cm.ch) originally entitled Making Sense Of Gold’s ‘Fundamentals’ And Future Prospects: A Case Study In Graphics‏ which can be read in its unabridged format HERE.

1. Rising global growth is a requisite for sustained gold bull trends (see chart below). It is general well-being in a global scope that promotes the right conditions that would be positive for the price of gold – like a rising pace of global merchandise trade as shown below, a precursor of higher global GDP. 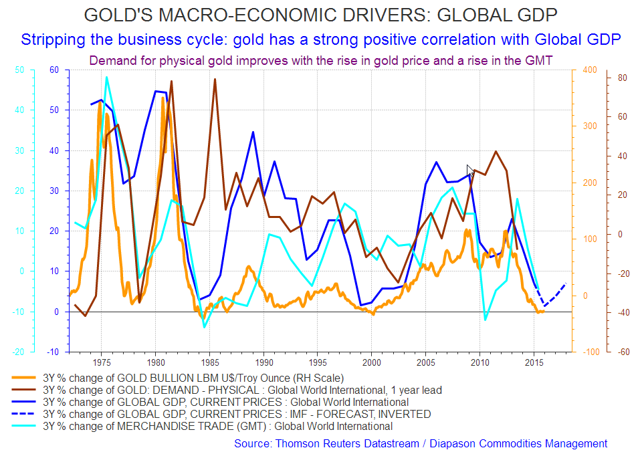 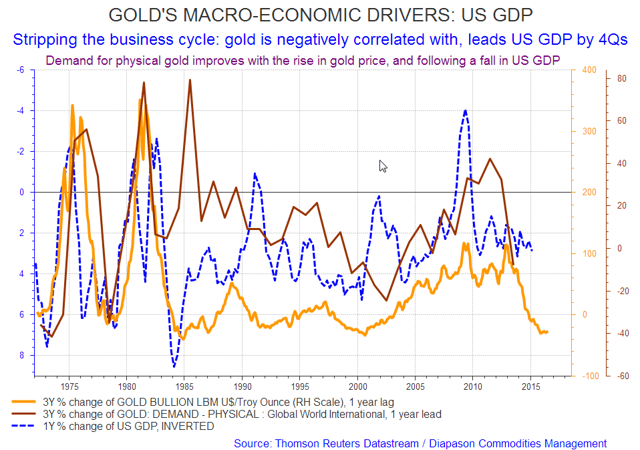 3. Gold is positively correlated with Total U.S. Debt, which on aggregate, is negatively correlated with U.S. GDP growth (see chart below). It is very easy to explain the inverse correlation between debt and U.S. GDP – that is, debt growth rises when GDP growth slows – in other words, debt growth is a function of GDP. To keep their living standards at the same level, individuals, corporations and the government borrow when GDP slows down. For the government, it is the automatic (spending) stabilizers that keep borrowings high (thereby making debt rise) when GDP slows down which reduces tax revenues. Those automatic stabilizers are there by law, even if spending for them increases the debt over GDP ratio.

The other complication is that GDP growth is also, to a large extent, dependent on government spending, especially during GDP growth recessions and, for a government to do that during a recession, they have to borrow, which further adds to the U.S. aggregate debt. Strongly rising U.S. aggregate debt has provided some of the most spectacular gold bull market trends in the past. 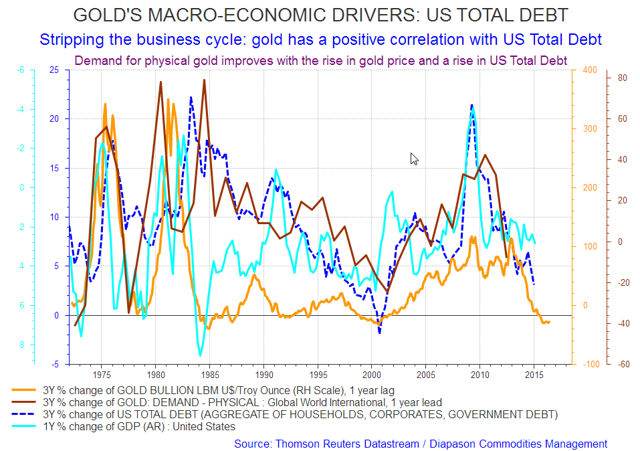 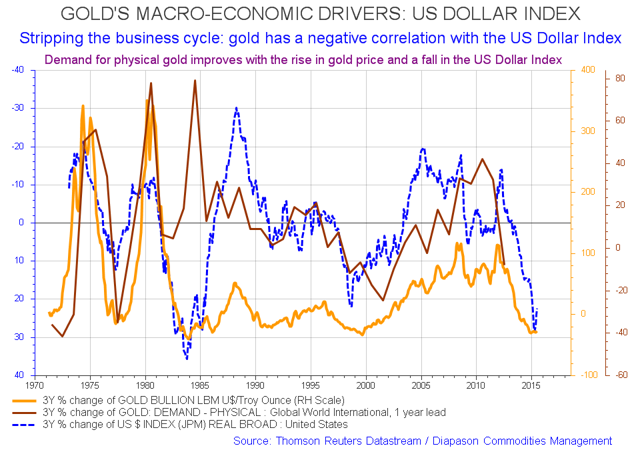 5. Because the U.S. dollar is negatively correlated with gold; gold is therefore positively correlated with EUR/USD and, also, the EUR has a very tight positive fit with global GDP. The relationship between the EUR and global GDP is so good that I tend to use EUR as a real-time proxy for global GDP (see chart below). The final link: the U.S. dollar’s negative correlation with Global GDP. 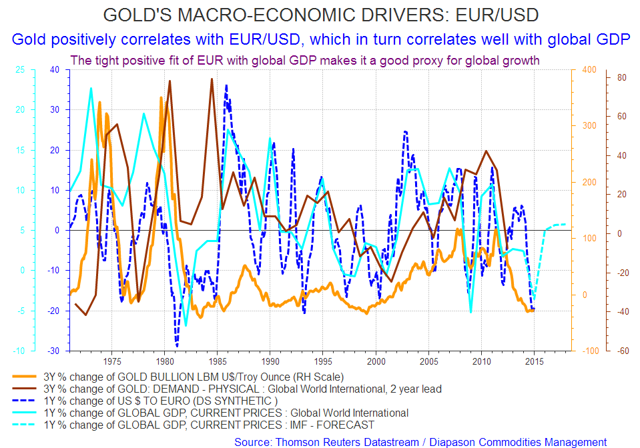 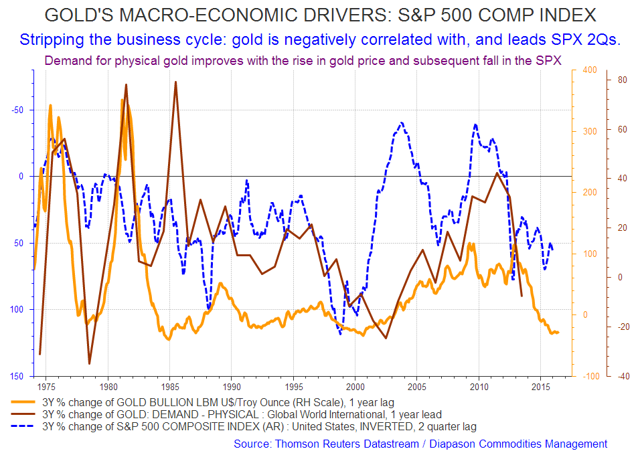 7. Real rate as a mover of gold prices is over-rated as illustrated in the chart below. Real rate, or its inverse, is after all led by the evolution of CPI inflation, which is the subtrahend in real rate derivation. It is more useful to track the U.S. dollar (or the EUR) in looking for clues as to the direction of gold prices. 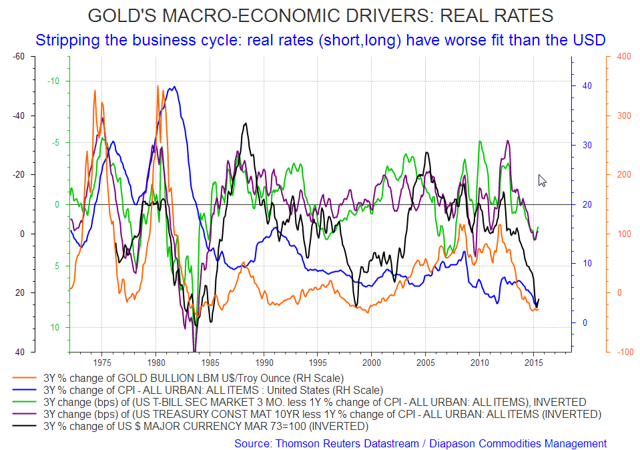 9. Then, there’s the China connection and there are obvious links between gold prices and:

The devil in the details is how to isolate and validate those relationships or linkages, considering the dearth (and the poor quality) of information coming from China. [The original article* (access HERE) explains in detail the above-mentioned relationships and you are encouraged to access the article if you are so interested.]

10. It is futile to use gold’s demand-supply linkages to forecast the future price of gold, as the changes in price predates the changes in the demand-supply variables. The only “fundamental” variable that has a valid forecasting property is mine production. [For more a detailed explanation please visit the original article* HERE.]

Share
Previous Gold Going Even Lower Then Reversing By End of 2015 – Here’s Why (+2K Views)
Next True or False: Terrorist Attacks Cause Stock Markets to Drop (+2K Views)