This article is a review of how gold has performed over the years, the gold market currently, what to expect beyond 2020 and how best to achieve your financial goals.

Gold Has Performed Well Over the Years 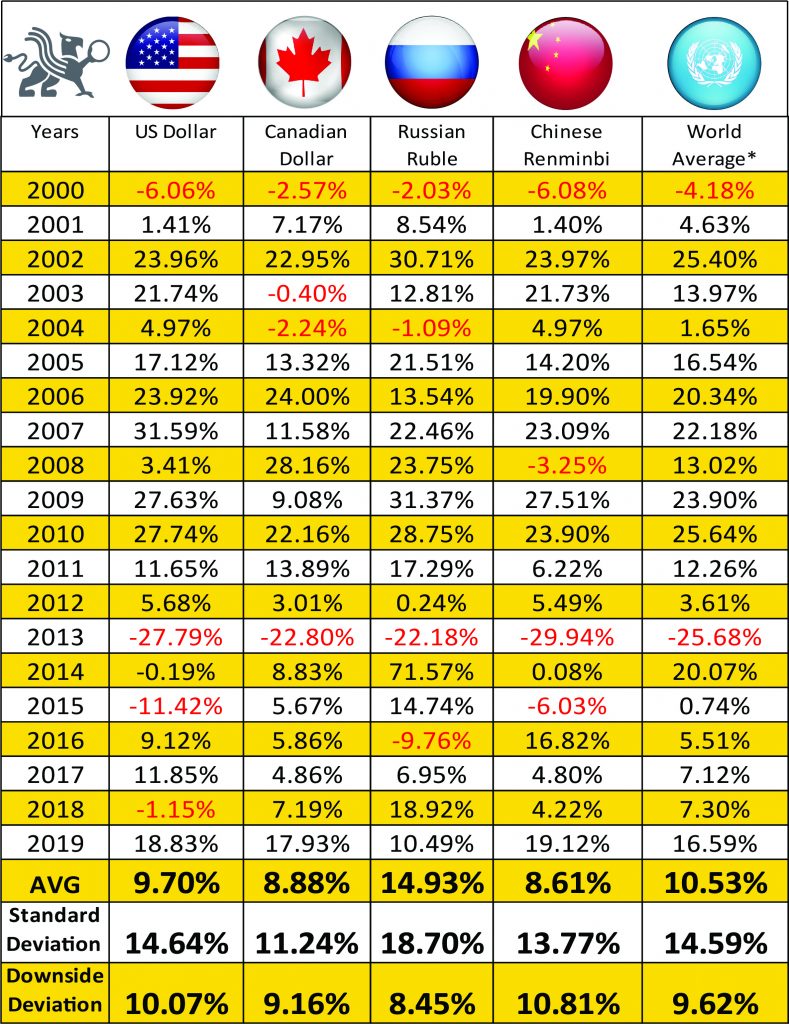 According to the OECD, the average annual 15-year pension returns were 6.6% in Canada and 2.6% in the U.S. and an allocation to gold would have improved returns and reduced volatility. Unfortunately, only three global pension funds have any gold and most have no allocation to REITs. 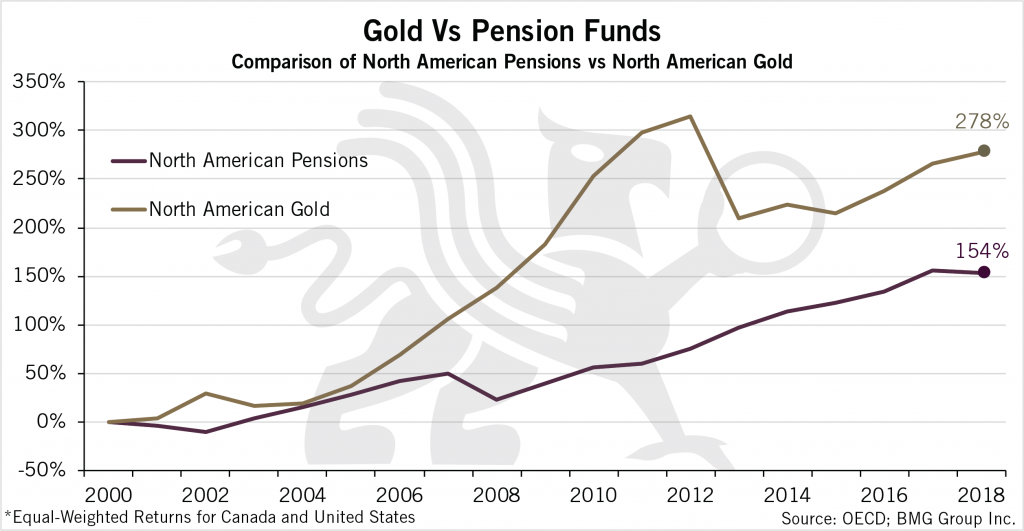 The Next Correction Will Be Worse Than 2008

This is the first time during the 40 years I have been in business that a simultaneous triple bubble in equities, bonds and real estate has occurred.

There is a direct correlation to the amount of liquidity central banks are injecting into the system on a daily basis and these inflated asset prices.

Many economists and financial analysts believe the next correction will be worse than 2008, and some think worse than 1929.

All the factors mentioned above will contribute to making the next correction much worse than 2008. 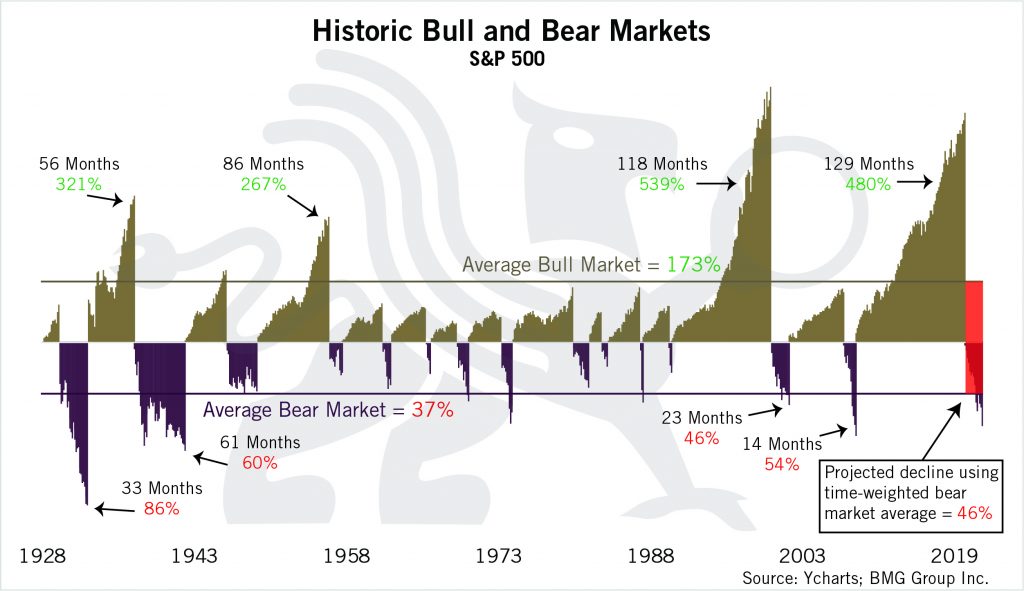 Whereas the 2008 crisis was largely due to changing perceptions of the quality of $1.2 trillion of sub-prime mortgage debt, today,

What the Future Holds

In the near future, it will only take a small percentage of the $350 trillion in financial assets reallocating to gold to cause an exponential rise in price.

When it becomes obvious to market participants that the next correction is upon us, it will become difficult for pension funds to achieve a meaningful percentage allocation without driving the price to multiples of today’s price.

Allocation Of Gold In a Portfolio

During times of market instability, gold serves its primary purpose of preserving wealth better than any other asset class and it is during market downturns that gold transfers wealth.

From a long-term strategic viewpoint, a 20% portfolio allocation to gold will reduce portfolio volatility and improve returns…

Editor’s Note:  The above excerpts from the original article by Nick Barisheff have been edited ([ ]) and abridged (…) for the sake of clarity and brevity.  The author’s views and conclusions are unaltered and no personal comments have been included to maintain the integrity of the original article.  Furthermore, the views, conclusions and any recommendations offered in this article are not to be construed as an endorsement of such by the editor. Also note that this complete paragraph must be included in any re-posting to avoid copyright infringement.

$10,000 Gold offers a candid insight into the current state of the economy, the underlying causes of gold’s rising value and why the price of gold will continue climbing to $10,000/ounce and beyond in the years to come. The book contends that intelligent investors have no choice but to invest in this precious metal to stay safe no matter what lies ahead.

3. Nick Barisheff: Gold Could Easily Double in Price – Here’s Why

Barisheff thinks the gold price could be “easily double” right now because he believes that, “What’s kept the price down is the artificial leased gold going onto the markets.”

4. Nick Barisheff: Make Sure You’ll Actually OWN the Gold Bullion Before You Buy – Here’s Why and How

Worldwide economic uncertainty has created a growing interest in precious metals as a way to…protect one’s wealth from impending economic Armageddon…Unfortunately, many today don’t know how to purchase or store bullion, and consequently may find themselves as vulnerable to financial collapse as those who didn’t purchase any bullion at all. [This article outlines what rigorous due diligence is absolutely required when entering into an agreement to buy gold bullion and how it should be stored and why. Don’t buy any gold product without reading this article first.]

5. Nick Barisheff: These 6 Trends Will Drive The Price of Gold For Decades

This new video by www.bmgbullion.com and www.FutureMoneyTrends.com identifies and discusses: 3 mid-term trends that will drive the fiat price of gold to heights western economists can not even imagine and 3 irreversible trends that will result in further currency devaluation and major drivers in the price escalation of gold.

6. Collapse Of Deutsche Bank Would Be Catastrophic For Global Financial System – Here’s Why (+9K Views)

It appears that the next “Lehman Brothers moment” may be playing out right in front of our eyes. Now more than ever, keep a close eye on Deutsche Bank, because it appears that they could be the first really big domino to fall.

Share
Previous Gold & Silver vs. Fiat: Do You Live In An Imaginary World Or In Reality? (+3K Views)
Next NFL Is Based On Socialism – Yes, Socialism! (+3K Views)