Can These 17 of 18 Indicators Be Wrong About the Future Direction Of the U.S. Economy?

This article packs in as many economic signals as possible without it being too overwhelming….[It] shows 5 groupings of indicators which tell us the likely future performance of the consumer.

This version of the original article, written by Upfina.com, has been edited here by munKNEE.com for length (…) and clarity ([ ]) to provide a fast & easy read. Visit our Facebook page for all the latest – and best – financial articles!

[In fact,] the situation looks great as 17 out of 18 indicators identified below are favorable and only one is mixed.

4. The housing market is showing the weakest readings in the American economy.

5. The final grouping is inflation. 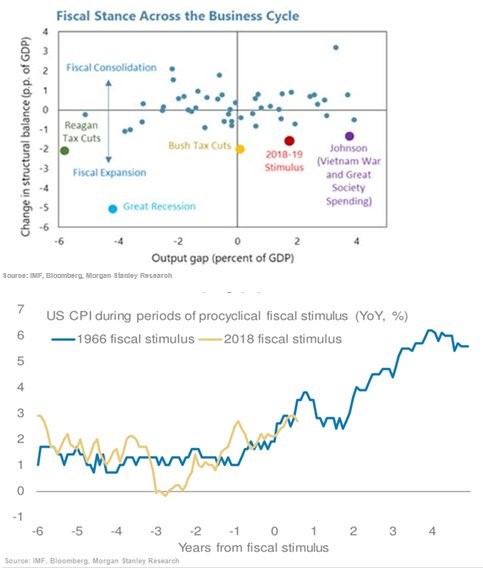 …As was mentioned in the previous chart, the output gap signals the economy is operating above its capacity which signals more inflation is probably coming soon and that the expansion is near its end. The chart below shows the output gap since 1980.

The economy could be seeing modest weakness in Q3 as growth decelerates from the torrid pace seen in Q2. One new negative trend we’ve seen in the past couple months is the soft data surveys have been running hot while the hard data has been mixed. One example is the hot ISM manufacturing PMI reading, which is soft data, compared to the moderate industrial production report, which is hard data.

…The situation looks great as 17 out of 18 indicators are favorable and only one is mixed!

If you enjoyed the above article sign up in the top right hand corner of this page and receive our FREE bi-weekly newsletter (see sample here).

Share
Previous Gold Stocks At or Near Major Lows: Massive Upside Potential Exists
Next Why Do We Have ‘Money’? What’s It Supposed To Accomplish?