Americans Are Just Waiting for the S–t to Hit the Fan – and it Will Happen Soon!

The U.S. Federal government deficit for fiscal year 2011 has just been revised upwards by a further $378 billion to a whopping $1.645 trillion. As of January 2011, the total outstanding debt of the U.S. Federal government is $14.131 trillion. These numbers are huge, Huge, HUGE  but Americans believe there is really no need to worry that much about such astrnomical numbers because they all know that it’s going to get much, much worse. They all know that there’s no sense worrying about this little milestone on the road to hell.  Words: 1016

So says Gonzalo Lira (gonzalolira.blogspot.com) in paraphrased comments in an article* which Lorimer Wilson, editor of www.munKNEE.com,  has reformatted and edited […] for the sake of clarity and brevity to ensure a fast and easy read. Please note that this paragraph must be included in any article re-posting to avoid copyright infringement. Lira goes on to say:

America’s Debts and Deficits are Astounding!

The U.S.’s gross domestic product in 2009 was $14.29 trillion so this current deficit is over 11.5% of 2009 GDP and the rolling debt is just about 100% of GDP. These are Third World numbers! Deficits that are in the double-digits vis à vis the gross domestic product – and total debts that equal the GDP – are numbers that Argentina, Greece and Zambia get. These numbers aren’t supposed to happen to the good ol’ U.S. of A. but they are happening!

The Fed Will Continue Monetizing the Government’s Debt!

Again, this is a Third World policy – deficit funding that nakedly depends on the central bank printing up and buying close to half of the new issuance of debt – and on top of everything, this budget deficit is for a budget that has yet to be passed! After all, the fiscal year 2011 budget has not been passed [with] the government operating since October 1, 2010, under continuing resolutions. The latest extension runs out on March 4—when presumably the budget has to be passed this time—for sure! . . . maybe.

No One Seems Particularly Concerned!

Yet for all these terribly depressing facts, here’s the rub: no one seems particularly concerned. It’s as if it were happening to someone else. It’s as if it were happening [in Canada] to Canadians [rather than to Americans] in the USA. The American people are taking the whole budget deficit thing so la-di-da that you would think that the entire country had dropped extacy in one giant, collective, “Don’t give a fuck about nuthin’ ‘cept dancing!” moment.

Why is no-one concerned about this fiasco which is the Federal government’s budget? Why is everyone buying the patently ridiculous notion that the American economy will “grow its way to prosperity, and out of debt”? Why is no one freaking out over the incredible monetization of the Federal government debt that is being carried out by Ben Bernanke and the Gnomes at the Federal Reserve?

I have a theory. It’s unscientific, but I think it’s true: the American people have thrown in the towel. They collectively realize that the shit is gonna hit the fan big time. 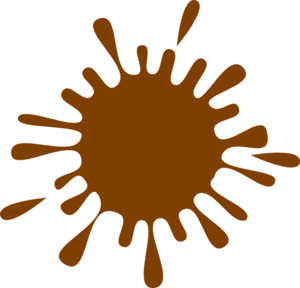 so in this little window of time before The Big Splatter, everyone’s pretending that nothing’s wrong, everything’s fine—we’re doing hunky dory, couldn’t be better. Any bad news—like the monster deficit? Ignored, blatantly.

Americans Need Only Blame Themselves!

You know those gamblers in Vegas, who go there and blow their house on the black jack tables and then they go around town… partying hard until dawn, acting as if they didn’t have a care in the world? At least until the night runs out? [Sound familiar? Well, it should, because] that’s the United States. The American people, collectively –  irrespective of political parties – blew their country like a gambler blows his house at the black jack tables. Whether it was on unsustainable entitlement programs, or unwinnable (and illegal) (and pointless) wars, or foolishly short-sighted tax policies or crony corruption or demands for absurd services, it doesn’t matter, the result is the same: the American people collectively blew their country. So now, everyone’s pretending that everything’s fine, while they wait for the shit to hit the fan.

Everybody with any sense knows that The Big Splatter is on its way. Everyone knows there’s nothing that can stop it so when bits of bad news crop up—like the revised deficit numbers—Americans are placid as Hindu cows and why not? These deficit numbers are nothing! Americans all know that it’s going to get much, much worse. They all know that there’s no sense worrying about the little milestones on the road to hell. They all know that they’re waiting for The Big Splatter.