9 Retirement Hotspots That Are Cheaper Now Than Ever Before

Financial considerations are the biggest factor for many people when

deciding where they want to enjoy their retirement years. As the strength of the dollar continues its hold against other currencies, it’s providing us with far more purchasing clout when it comes to buying other currencies. This in turn is helping to make many destinations even more affordable to U.S. citizens who are looking to decamp to foreign locales.

The original article, written by Nick Wharton, is presented here by munKNEE.com – “ The internet’s most unique site for financial articles! (Here’s why)” – in an edited ([ ]) and revised (…) format to provide a fast & easy read. Visit our Facebook page for all the latest – and best -financial articles!

Here are nine retirement hot spots that are cheaper than you thought. (See also: Retire for Half the Cost in These 5 Countries) 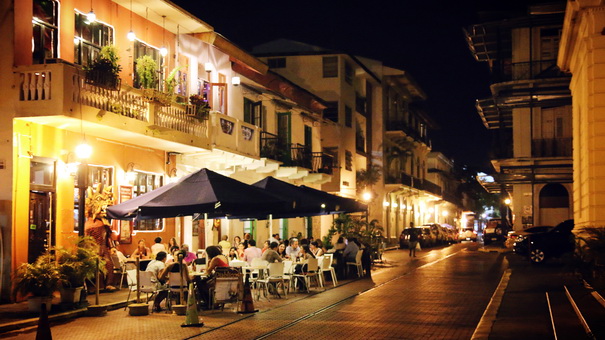 With its interesting mix of advanced amenities and lush natural landscapes, Panama has been one of the most popular retirement hot spots in Latin America for a number of years. The capital, Panama City, is a skyscraper-filled, modern metropolis with a well developed infrastructure to rival any city in the U.S.

The U.S. dollar is actually legal currency in Panama so you’ll be able to see just what value you’re getting without any conversions. The cost of living in Panama is comparatively low. Numbeo puts it at around 26 percent of what it is in the U.S., with expenses such as health care and real estate working out extremely cheaply. (See also: 5 Countries Where You Can Retire for $1,000 a Month) 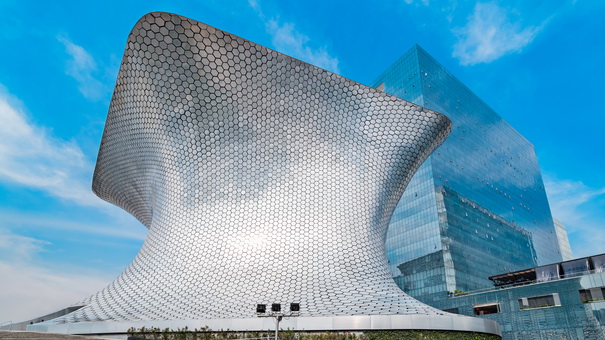 Hopping over the border to Mexico has always been a convenient option for U.S. citizens wanting somewhere nearby to retire to. Rich with incredible culture, fascinating history, a great coastline, and a mouthwatering cuisine, Mexico is both familiar and exotic at the same time.

The exchange rate hit a high in 2017, meaning U.S. dollars go further there now. That, combined with a cost of living of around 60 percent lower than in the U.S., means your dollar will go a lot further in Mexico than it would at home.

While drug-related crime has risen in recent years, there are many retirement communities that are completely safe. (See also: How Almost Anyone Can Afford to Retire in Mexico) 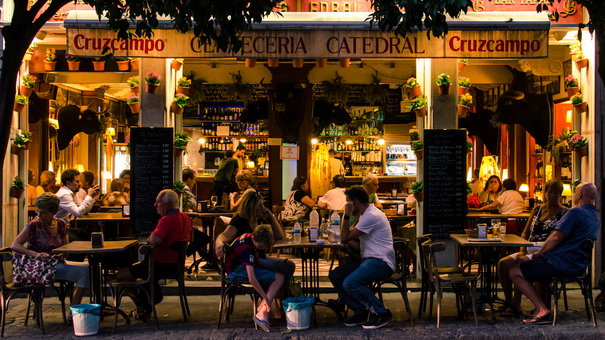 Spain frequently tops the list of the most popular retirement destinations for Europeans. It’s little wonder when you consider the number of major cities, the stunning beachside resorts along the coastline, and the slow pace of life.

The dollar is closing in on par with the Euro and the country has only just pulled out of a financial crisis that began in 2008. As a result, U.S. citizens have more purchasing power than ever in Spain right now, making the prospect of retiring here even more enticing. The cost of living stands at about 27 percent lower than the U.S., according to Numbeo, so it’s no surprise that there are over 5.5 million foreign nationals living in Spain. 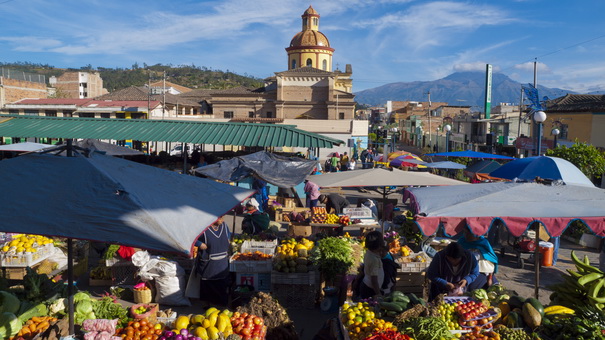 If you’re a lover of the great outdoors, then Ecuador could be the ideal choice as your retirement location. It’s home to portions of the Andes mountain range and the Amazon Rainforest, some of the most untouched Pacific Coast beaches in South America, and the remarkable Galápagos Islands.

Pricewise it comes in at around 50 percent cheaper than the U.S., according to Numbeo, so you’ll have plenty of cash left over for exploring and adventuring each month. Ecuador adopted the U.S. dollar in 2000 as its official currency so your nest egg won’t be affected by exchange charges or currency fluctuations. (See also: 5 Amazing Places to Retire Abroad That Anyone Can Afford) 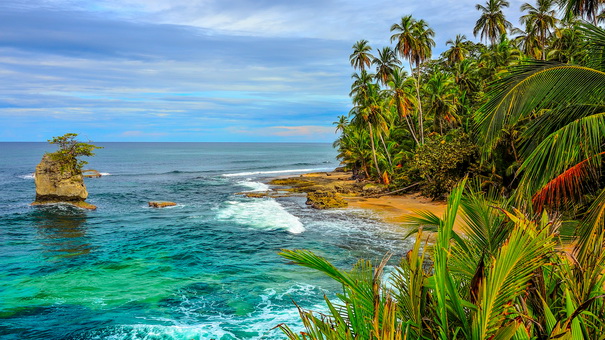 Costa Rica is famous among surfers all over the world for its awesome swells, but in recent years it’s also been making waves of a different kind. People of retirement age are flocking here for its year-round tropical climate, stunning beaches, and green landscapes.

Numbeo reports that the cost of living is around 34 percent less in Costa Rica, so it’s easy to see why up to 100,000 American citizens have decided to call Costa Rica home. Exchange rates to the Costa Rican Colon have been steadily rising over the past year, peaking at around 591 to the dollar. 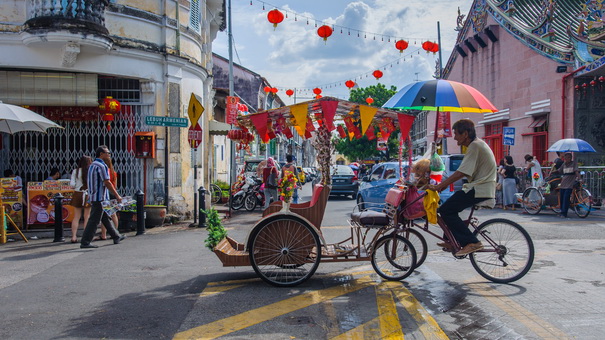 Malaysia is one of the most diverse countries in Asia, making it a continuously interesting place to live. It has influences from Malay, Chinese, and Indian populations clearly visible in the culture and cuisine, with an added bonus that English is widely spoken. It also has bustling, modern cities that have the same amenities, restaurants, and funky bars that you’re used to in the U.S.

Many retirees enjoy a better standard of living here than they would be able to afford in the U.S. thanks to the cost of living being around 52 percent lower, according to Numbeo. Health care is one of the biggest reasons that retirees come to Malaysia — its quality is so good that a medical tourism boom has sprung up. 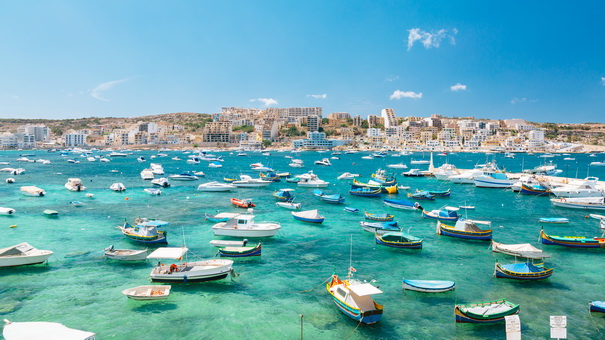 Thanks to the laid back island life with year-round sun, Malta is a popular destination for retirees. This tiny archipelago of just three islands lies in the Mediterranean Sea between the South coast of Italy and North Africa and has a population of around only 400,000.

Many of Malta’s residents are English speaking, and one of the islands, Gozo, is home to a particularly large expat community with a big American contingent. Numbeo reports that prices here are around 13 percent cheaper than in the U.S. overall, but it’s possible to live for much cheaper. 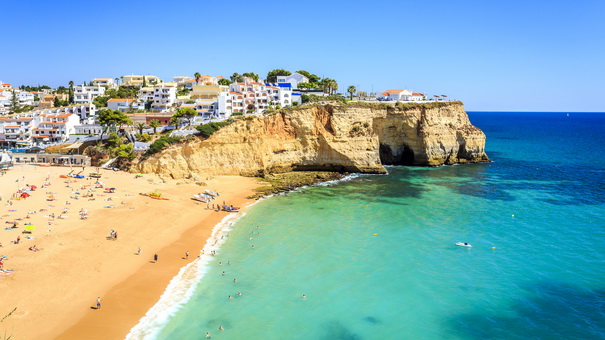 Europeans have been retiring to Portugal for decades, attracted by the warm weather, the picturesque coastline, and government tax breaks offered to overseas retirees. But the secret is slowly beginning to reach U.S. shores as Americans start to realize just what they’re missing out on.

Portugal has some impressive infrastructure boasting world class golf courses, fantastic restaurants, and some of the highest rated health care in the world. Despite all of this, the cost of living here is still relatively low, and you’ll pay around 34 percent less in Portugal than in the U.S., according to Numbeo. 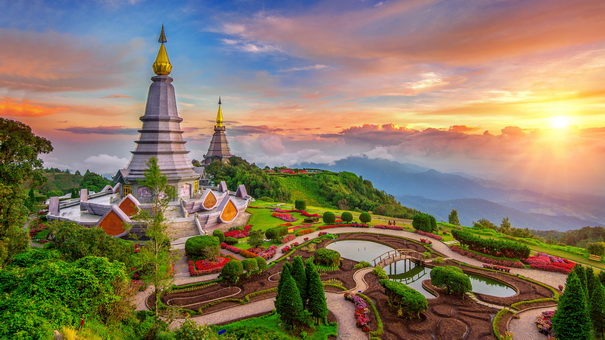 One of the most popular tourist destinations in the world, Thailand is also a hot spot for retirees from all over the globe. Thanks to its diversity, it’s possible to settle down in a vast city, a lush green mountainous region, or even a secluded island with golden beaches.

Despite its popularity, Thailand remains one of the cheapest countries in Asia to live in, with costs at over 43 percent less than in the U.S., according to Numbeo. The exchange rate has dropped in recent months, but is still considered favorable for expats wanting to move here now. (See also: 5 Countries That Welcome American Retirees)