$1,278 Gold Is Now Our Official Target – Until Proven Otherwise.

…Whether or not the Fed is ever successful at bringing inflation down by raising interest rates is immaterial – the market believes that the Fed will be successful, and the market is selling gold as a result. Those who disagree with the price action of the market itself will do so at their own peril over the coming years. [Let me explain.]

Gold has just broken lower from a pattern which was last triggered in 2013, following which it fell by nearly $500 over the next three years. 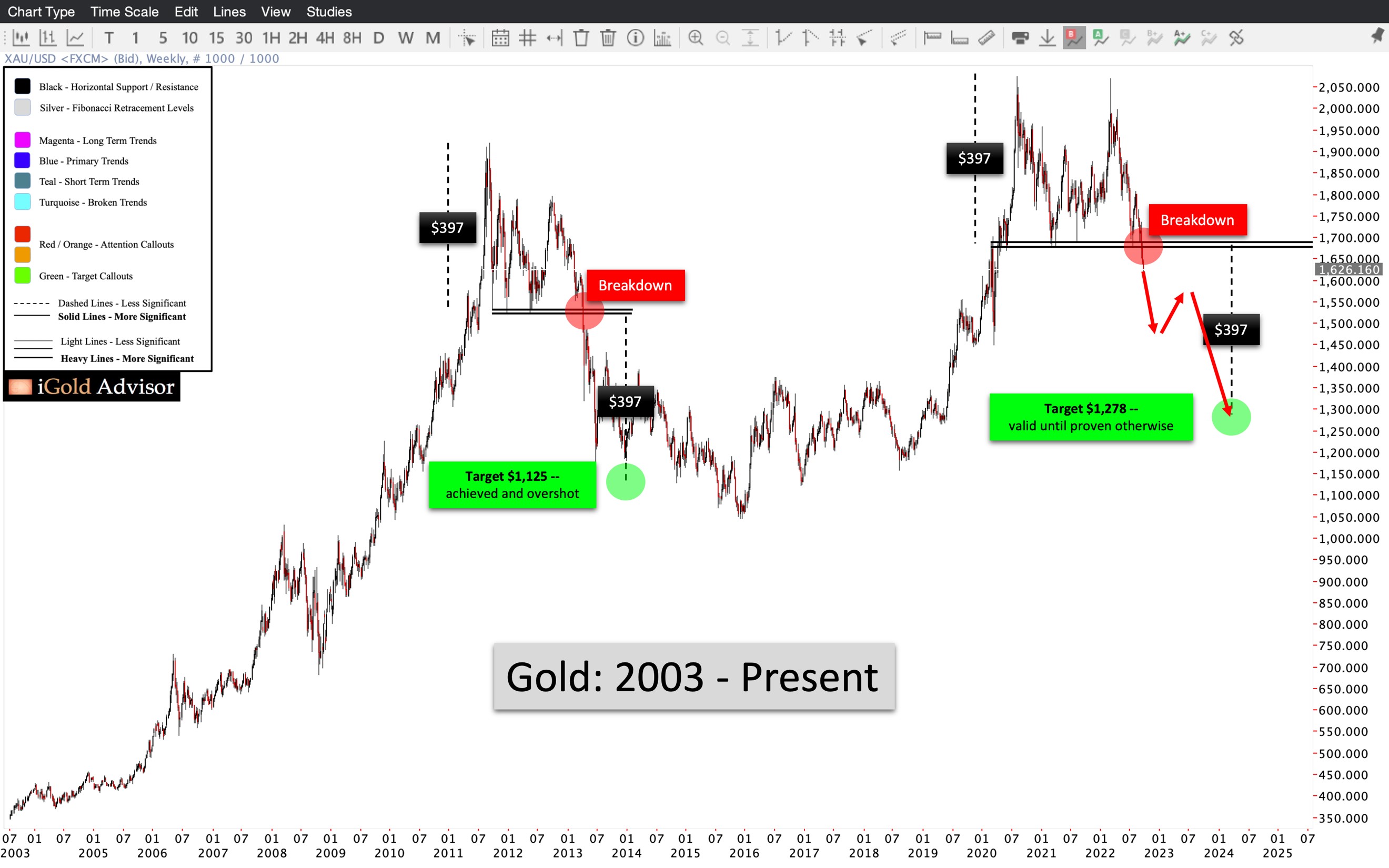 When gold broke lower through this consolidation in 2013 (red callout), we calculated a target of $1,125 (green), equal to the amplitude of the consolidation subtracted from the breakdown point.

This exact same breakdown as in 2013 has just been witnessed again for gold. The only difference is that this time it has been triggered from a slightly higher level. Whereas in 2013 the breakdown point was $1,522, this time the trigger point is $1,676. Note that the amplitude of the previous 2.5-years of consolidation is exactly the same as in 2013: $397.

The above article by Lorimer Wilson, Managing Editor of munKNEE.com, is an edited ([ ]), abridged […], retitled, restructured, reformatted, highlighted and grammatically corrected version of an article by Christopher Aaron for the sake of brevity and clarity to ensure a fast and easy read.

Share
Previous The 5 Stages of a Bubble – Where Are We Now? (+21K Views)
Next What Would It Take For Hyperinflation To Occur in the U.S.? (+34K Views)