I am increasingly confident that the consequences of fragile sovereign debt, precious metals market 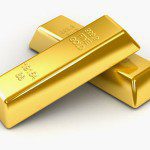 manipulation, insufficient physical supply, and the need for a safe haven investment refuge, will contribute to rampant price inflation and drive precious metals bullion and mining stock to a parabolic peak price of $10,000 sometime in 2012 or 2013 at the latest. You may think my views are crazy or perhaps that my imagination is way out of hand or, at best, that I don’t have access to the appropriate reality checks but the reality of the situation is that we are going to see $10,000 gold in the next  year (or two)! Read on for what I believe to be very sound reasons for coming to such a conclusion. Words: 1102

So says Arnold Bock in an updated version of an article written back in 2010 in which the passage of time has only strengthened his assertion. Please note that this paragraph must be included in any article re-posting to avoid copyright infringement.

Bock goes on to say:

Below is my assessment of the situation and rationale for my not so outlandish forecast/prediction:

1. History is No Guide
Gold has only been trading freely since President Nixon’s 1971 decision to deny gold to the French and others attempting to repatriate their paper dollars for the metal. As such, there has been a scant forty years of gold production and trading since it was detached from supporting paper money. This period has also been marked by substantially higher monetary and price inflation as well as currency devaluation.

2. Market Manipulation
The Commodity Futures Trading Commission (CFTC) held a major hearing in 2010 which blew the doors off bullion metals futures trading markets in terms of what was revealed publically. I predict this public hearing will be viewed in the period ahead as the precious metals price liberation event of the decade.

More recently, Eric Sprott has pointed out in an article entitled Sprott: Shocking Shenanigans in Paper vs. Physical Silver Market that the annual production of physical silver is traded in the futures markets in a space of one to three days. That means the virtually all the trading in the futures markets is about trading phantom paper supported by absolutely nothing. I ask, is this make sense? Is it a valid method of establishing the price of the real precious metals?

It is commonly known that JP Morgan Chase in the major player in commodities futures markets trading. Not only do they take massive naked short positions (betting that prices will fall), they do it with large substantial leverage. What isn’t as well known though is that Chase acts as the agent for the Federal Reserve Board and other central banks in ‘managing’ the precious metals markets on their behalf. Central banks want ‘orderly’ precious metals markets and prices and currencies which don’t gyrate wildly. Only then can they achieve stealth inflation through financial repression in their monetary policy which is so beneficial in servicing debt.

3. Insufficient Physical Inventories
While it is normal for traders to roll their expiring contracts over into new paper trades, most traders accept cash in settlement rather than the metal. At hearing of the CFTC in 2010 Jeff Christian inadvertently confirmed that there is little bullion in storage at the London Metals Exchange or New York’s COMEX to back the metals trading. (See a previous article I wrote entitled Where’s the Gold!?) justifying this fact by noting that less than one ounce of one hundred traded is paid out in physical metal. This revelation confirmed a much worse reality than even critics, such as the Gold Anti-Trust Action Committee (GATA), had expected. It seems too that the Asian and Mid East buyers and owners of bullion have been removing gold from their dealers’ vaults and are taking it “home” thus leaving much less than previously thought in the London, New York and Toronto vaults.

In addition to what looks like a production peak in the gold mining industry (production has fallen in 5 of the last 8 years), central banks have for the first time recently become net purchasers (having bought more gold last year– 425 tons – than at any time since 1964).

The single largest purchasers of metal these days, other than central banks, are the bullion ETF’s (Exchange Traded Funds) which ostensibly have their metal inventories in vaults. These relatively new investment vehicles, unfortunately, are not transparent in their business practices. Regular audits by reputable accounting firms and allocated and segregated bullion inventories stored in reputable vaults are opaque at best. This begs the question:“Do the large ETF bullion funds actually have the metal they purport to own, or is their inventory more the ‘paper gold’ variety in which bullion futures trading exchanges specialize?”

The circumstances immediately ahead are largely unprecedented. History is therefore only marginally useful as our guide to the future price of precious metals. We are now in genuinely unchartered territory. As such, as I said in the oppening paragraph, I fully expect gold to gold parabolic in 2012/2013 topping out at $10,000.

Our work with Gold is based on a “Model” off the late 70’s Gold Bull that has been replicating nicely since we started the Fractal Work with Gold back in 2002 and 2003. Short-term volatile moves in Gold, as we have seen over the past weeks, do not affect our projections based on the model, leaving the expectation of a move in Gold up to $3,000 into mid-year based intact as outlined in our previous article entitled Gold Tsunami: on the Cusp of $3000+? Words: 996

5. Where are We Now in the Bull Market in Gold – and How Many Years/Months are Left?